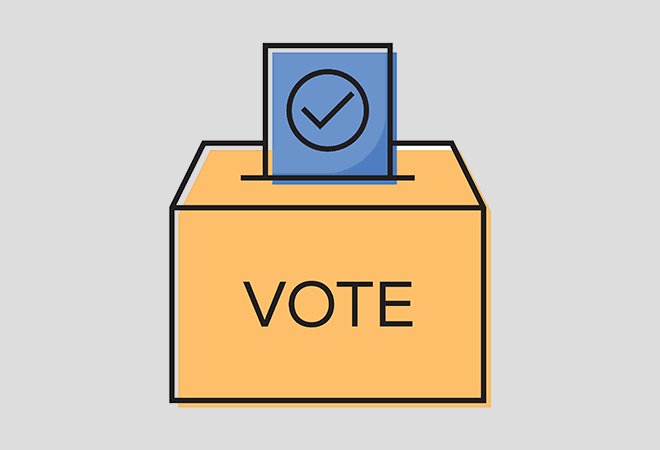 New Delhi : The Election Commission has sought views of recognised national and state parties on what should be the limit of expenditure for candidates contesting Lok Sabha and assembly polls.

In a letter sent out on December 7, the commission asked parties to send their “views and suggestions” on as to what should be the ceiling limit of election expenditure for candidates for Lok Sabha and assembly elections in the future.

The parties have been asked to send their views to the nodal officer of the committee that was set up in October to revise the expenditure limit.

While there is a limit on candidates to spend on their election campaign, there is no such cap on political parties.

The committee was tasked to examine the issue of revising the expenditure limit for candidates for Lok Sabha and assembly polls in view of the increase in number of electors and rise in the Cost Inflation Index.

Expenditure limit for candidates was last revised in 2014. For Andhra Pradesh and Telangana, the limit was enhanced in 2018.

“In last six years, the limit was not increased despite an increase in electorate from 834 million to 910 million in 2019 to 921 million now. Further, Cost Inflation Index during this period has increased from 220 to 280 in 2019 to 301 now,” the commission had said in October while announcing constitution of the panel.

The committee will assess the change in number of electors across states and union territories, and its bearing on expenditure.

It has also been mandated to assess the change in Cost Inflation Index and its bearing on the pattern of expenditure incurred by candidates in recent elections.

The committee is likely to submit its report early next year to the poll panel.

Considering the difficulties candidates could face in campaigning amid COVID-19, based on the recommendations of the EC, the government had in October enhanced the existing expenditure limit by 10 per cent.

The 10 per cent hike was applicable in the Bihar assembly polls and various bypolls.

The maximum limit for candidates differs from state to state. While it is more in larger states it is different for smaller states.

After the Law Ministry notification of October, in bigger states like Andhra Pradesh, Gujarat, Bihar and Haryana, the maximum expenditure a candidate can incur for campaigning in Lok Sabha polls is now Rs 77 lakh. So far it was Rs 70 lakh.

In Manipur, Meghalaya, Mizoram, Nagaland and Tripura, the new limit is Rs 77 lakh for Lok Sabha elections and Rs 22 lakh for assembly polls.

For Arunachal Pradesh, Goa, Sikkim, Andaman and Nicobar Islands, Chandigarh, Dadra and Nagar Haveli and Daman and Diu, Lakshadweep, Puducherry and Ladakh, it is Rs 59.4 lakh for Lok Sabha elections and Rs 22 lakh for assembly polls.