India today stands at a crossroads in many ways, symptomatic of an economy that is maturing on one hand and somewhat pessimistic on the other. It has a unique problem of how to add the next couple of trillion dollars to the GDP, both from the supply and demand sides.

A cursory look at macroeconomy in the last 20 years, post-liberalization in the 1990s that kick-started the economic growth, shows some interesting patterns (Figure 1). The first decade of this millennium saw massive global investments to increase the growth rate, also helped by the IT wave of exceptional leap in employment in that sector and heady days of growth in global banking. However, GFC of 2008 saw that party come crashing down. The second decade started on a bright note with growth heading back once again to breach peak growth rates of 10 per cent plus, achieved earlier, albeit briefly. The last three years have seen growth tapering off despite strong macro conditions, amidst increasingly widespread chatter of a slowdown and slowly engulfing pessimism.

The interesting part is that both the episodes of high growth were marked by unsustainable investments. In the first instance in the 2006–2007 era, growth was fuelled due to huge investments by global investors in emerging markets, which vanished overnight when the crisis hit. The second time was overlending by Indian banks in 2009–2010, which pushed the economy into a feverish 12 per cent growth. This growth spurted and was funded mostly by public sector banks that contributed to mountains of bad loans, with some banks showing as much as one-fourth of their loan book as distressed. Imagine a bank which has capital under 10 per cent and bad loans at 20 per cent. It is technically insolvent for all practical purposes. While such banks stay alive, thanks to government support, they become zombie banks as their risk-taking capacity is curtailed both by internal and external influences.
Join 'The Dispatch' on WhatsApp.

The supply side of the capital thus looks challenging both internally, given the state of the banking system, and externally without a new emerging market story in a world scarred by trade tensions unseen for long.

The demand side on the other hand is even more challenging. GDP growth from consumption has been remarkably stable over a long period, giving the country the so-called minimum 5 per cent growth base. It is the investment that has swung decisively in these two episodes, taking the overall growth to 10 per cent, aided by agriculture. The first growth spurt during 2006–2007 saw capital being invested in a range of industries, while the 2011–2012 period was marked by power and other infrastructure sectors, which led to bank distress over the last eight years. At this point in the cycle, there is no sector which seems to be a surefire bet for investments by corporate sector. Moreover, the health of a large part of corporate India—especially big leveraged corporates—is very weak, leading to reduced availability of credit even if investment opportunities were to emerge magically in some sunrise sector.
There is only one possible solution to this gloom and doom. And that is to fund micro, small and medium enterprises (MSMEs) to become big and selectively find markets for exports. While this may look unusual at first, it has paralleled to what happened in China. It may seem interesting that a far higher proportion of growth and employment is contributed by SMEs in China than in the USA or Europe. According to Ecovis report on China, since the opening of the Chinese market in the 1980s, a decade before Indian liberalization, the number of SMEs has rapidly grown. By the 1990s, there were more than one million private SMEs in China. Ten years later, the number grew so high that China had more SMEs than Europe and the USA combined. According to China’s Bureau of Statistics, the number of SMEs rose to over 40 million in 2004. To put this into perspective, in 2003 the number of SMEs in Europe was about 19 million. One also sees Chinese SMEs, which started in the last 20 years, becoming world beaters, whether it is Alibaba, which is giving Amazon a run for e-commerce pie globally, or Xiaomi, a company started in 2010 and has already become the third largest mobile manufacturer globally. There are clear lessons to be learned from Chinese growth story.
Clearly, India is seeing the same potential in MSMEs, with the recent talk of taking up the share of GDP by MSMEs to 50 per cent from under 29 per cent today, making it closer to China. Interestingly, India sees the e-commerce revolution, which coincided with Chinese SMEs taking over the world markets, also as an area to work upon. As Forbes noted, Alibaba has done more for China’s SMEs than any government policy, ministry or bank. Of course, enthusiasm for Alibaba has waned with the ongoing trade war, though the company thinks long ahead, at least 15–20 years.

With GST, India has become a single market just like China. So the stage is now set for an explosive growth of start-ups and MSMEs in India over the next five years. That will solve the demand-side problem of the GDP growth. However, deft export promotion will be required to opportunistically build share of world growth in a world that is witnessing plateauing economic growth globally. Fintech will, of course, play a role in categorizing this massive mass of small businesses into various clusters and slice and dice data to be able to train DL networks. It will be a perfect recipe for algorithms to find both the bright and weak spots in such a portfolio given multitude of factors that could affect creating a multi-dimension problem that would be quite difficult for conventional models anyway.

That leaves the supply-side problem. As per the recent report of the Expert Committee on Micro, Small and Medium Enterprises by RBI, there is scope to double the credit to MSMEs even within the banking sector. What is required, given the experience of the last two cycles of overinvestment, is a tight control on risk management. And this is where fintech will come into play. The same report identifies a number of steps wherein all the various pieces of the puzzle—GST, Aadhaar, trade receivable platform (TREDs), etc.—come together in an explosive combination. Along with the recently launched AA model for data aggregation and the unique, world-leading, consent-based architecture for a small business to share its data, thanks to DEPA, India truly stands a chance to make it big. And this growth will be granular, of high quality and thus more democratic. It would improve the perceived inequities of the system as well as create a level playing field and provide true equality of opportunity. The stage is set for technology to play a decisive role in the next stage of growth in India, and other economies at similar level of evolution. And fintech will play a crucial role in making that twice as much as the national income possible, with the right regulatory support and responsible behaviour by the players themselves. 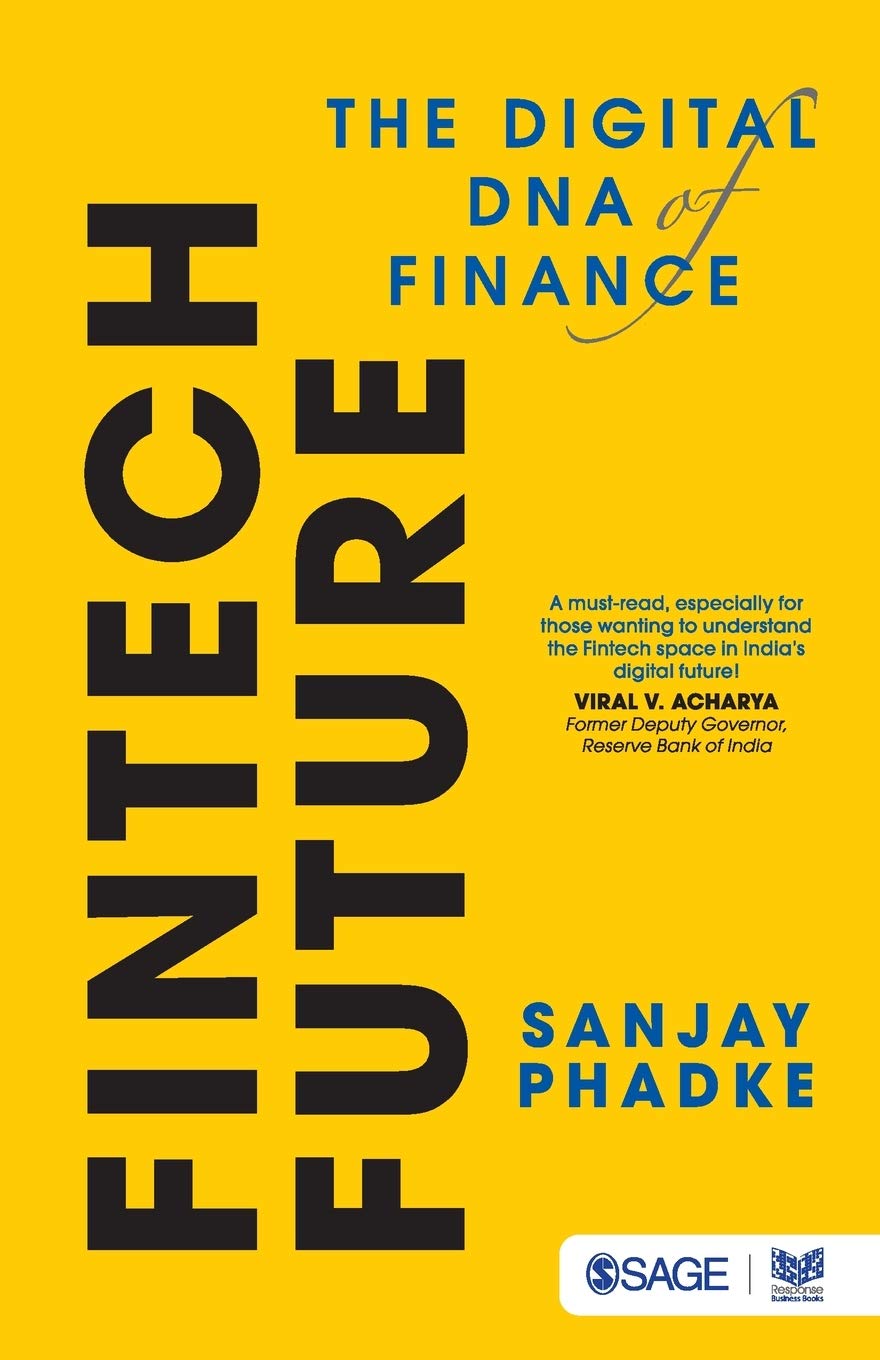 Excerpted with permission from FinTech Future: The Digital DNA of Finance, Sanjay Phadke, SAGE Publications India. Read more about the book here and buy it here.

"The Mercies": This novel is inspired by the real events of the Vardø storm and the 1621 witch trials
"Mapping The Great Game": Tales of derring-do of explorers, spies and map-makers who helped map a large part of Asia as we know it today