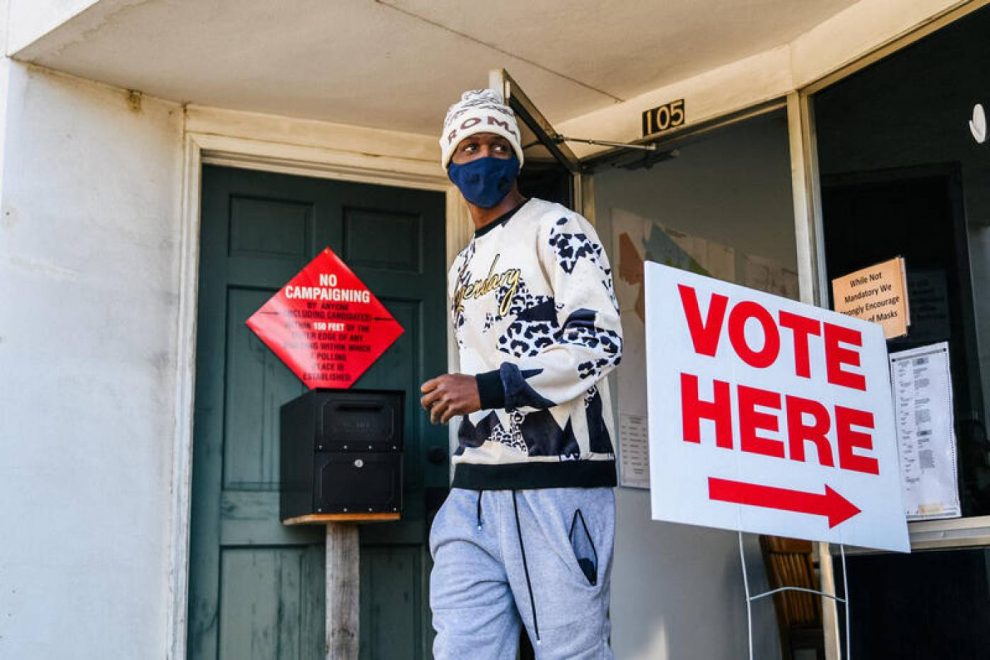 The U.S. presidential election saw a record voter turnout of 66.9%, prompted largely by a sharp increase in mail-in and early in-person voting.

But despite record engagement, activists say the electoral process is rooted in a system that discriminates against ethnic minorities, the youth and people with disabilities – a phenomenon of voter suppression.

As the battle over what party will control the U.S. Senate intensifies ahead of a January runoff in Georgia – a state rights experts say has a history of discouraging residents from casting ballots – here is a look at the history of U.S. voter suppression.

What is voter suppression?

Voter suppression defines any activity by a party or individual designed to curb participation in the electoral process in the United States.

Historically the right to vote was restricted to the landed gentry – white men who owned land – before the 15th Amendment to the U.S. Constitution granted it to African American men in 1870 and the 19th Amendment granted it to women in 1920.

However poll taxes, literacy tests and violence were routinely used against the Black community to deter them from voting until the 1965 Voting Rights Act barred such tactics.

“The idea of disenfranchising, especially people of color, was part and parcel of the development of the American South after the Civil War,” said Scott Lucas, Professor of American Studies at the University of Birmingham.

Voter suppression persists, activists warn, pointing to examples like voter purging – the act of removing registered voters from the voting roll – and limiting the number of ballot drop boxes in more populous areas.

This, they say, is part of a deliberate push to prevent minority groups from voting and reduces the influence that they can have on the officials that govern on their behalf.

“Voter suppression is rarely overt, but rather manifests when states simply make it harder rather than easier for citizens to vote, often under the pretext of preventing voter fraud,” said Julie Norman, a senior teaching fellow at University College London.

Who is most affected?

Historically, Black people, youth and people with disabilities have been the main victims of voter suppression, researchers and activists say.

Across the country, one in 13 Black Americans cannot vote due to disenfranchisement laws, which include statutes that vary by state, barring former and current incarcerated Americans from voting, according to the American Civil Liberties Union (ACLU), a leading U.S. advocacy group.

In 2018, the race for governor of Georgia shone the spotlight on voter suppression, when the campaign of Democrat Stacey Abrams said it was hampered by attempts to dampen turnout in areas that favored her.

She was defeated by Republican Brian Kemp, who was secretary of state in charge of elections but refused to step down over a potential conflict of interest.

The ACLU also found that one-third of voters who have a disability report difficulty voting – such as a lack of assistance to fill out ballots – and only 40% of polling places fully accommodate people with disabilities.

On remote and rural American Indian reservations, voting activists say a lack of drop boxes keeps votes from being fully counted when tribal members do not have easy means of transportation.

And advocates point to efforts across the country to stymie the youth vote in this year’s election.

This year Republican lawmakers in New York were accused of moving polling sites off of college campuses to stifle the youth vote – which tends to lean Democratic – a move that the state’s Supreme Court reversed before Election Day.

But more than half of the country’s voting-eligible young people – aged 18 to 29 – voted in the 2020 election, up from roughly 43% in 2016, according to an analysis by Tufts University.

Voter suppression feeds polarisation, said Lucas, as “it relies on certain people being classified as being not worthy of being involved”.

“Those people who have their votes suppressed therefore feel resigned. They will ask themselves: why should we be involved in the process anyway?,” he told the Thomson Reuters Foundation.

Have any efforts managed to tackle it?

Abrams is being lauded by Democrats, academics, voters and activists around the country for bringing attention to the issue of voter suppression and helping propel former Vice President Joe Biden to victory.

She has spearheaded get-out-the-vote efforts and a legal onslaught against voter suppression Georgia, helping to register more than 800,000 voters for the 2020 election.

Voter turnout in Georgia was more than 74%, Kemp’s office said last week, boosted by early voting by Black Georgians, up 40% from 2016. Biden was declared the winner in Georgia, the first Democrat to win the state in 28 years.

The 2020 election also highlighted concerns that the geographical isolation of Native American tribal lands prevents their votes from being counted.

A recent report by the Native American Rights Fund, an advocacy group, found Native Americans – who number about 6.8 million people – face obstacles registering, casting ballots and having their votes counted.

It cited factors such as poor roads, language barriers and a lack of internet access and traditional addresses.

To counter those obstacles, several tribes in Montana successfully fought in court to allow voting groups to collect and deliver the tribe’s ballots to election offices.