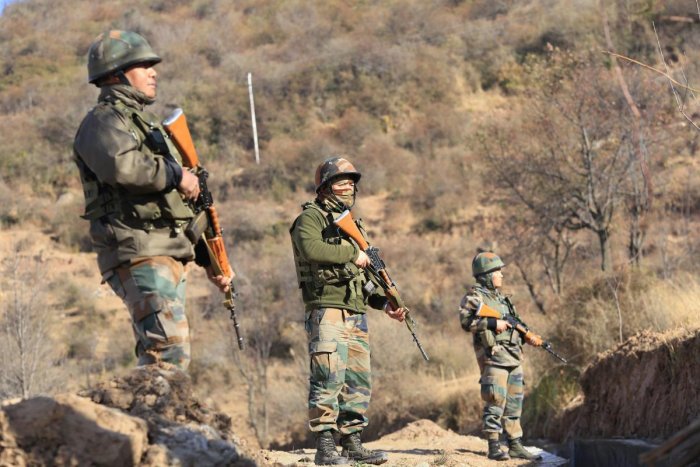 Jammu: ‘Rajouri Day’ is celebrated on April 13 every year to commemorate the bravery and valour of the Indian Army soldiers who laid down their lives for the liberation of Rajouri district from rebels and Pakistan Army.

On 26 October 1947, soon after Maharaja Harisingh singed Instrument of Accession , the Indian army landed in J&K to save Kashmir from the crisis. The Pakistani raiders, along with the rebels and deserters from proceeded from Rajpur to Rajouri, captured the district on 7 November 1947.

After this, the dance of death continued in Rajouri for six months. More than 30 thousand Hindus and Sikhs were killed on the streets in Rajouri, one of the most horrific massacres in Indian history. Women jumped into the well to save their lives or died by consuming poison.

The same trend continued till the night of 12 April 1948, and on the morning of 13 April, a new dawn came and when the Indian Army got Rajouri free from terror. Thousands of sacrifices may have been lost by the country, but today the Army celebrates it as Shaurya Day and pays homage to the martyrs.

When country was celebrating Diwali, there was blood on the streets of  Rajouri

The tribesmen started looting as soon as they entered the city of Rajouri. The massacre began from 7 November 1947 until 12 April 1948.

Thousands of people hid in the mountains and forests to save their lives.

On 11 November 1947, the first festival of Diwali was being celebrated in the country after Independence and Rajouri was burning in the persecution of the tribes. It is said that more than three thousand Hindus and Sikhs were murdered in one day.

The heroes of the Singh Sabha and the Rashtriya Swayam Sangh fought fiercely with their traditional weapons, but their weapons were not able to support them for a long time and most of the warriors died while battling the tribes.

Tehsildar ran away with jawans

At that time, Harji Lal, the Tehsildar of Rajouri, fled to Reasi with twenty Gurkha rifle personnel stationed in the city as soon as the attack took place. In such a situation, Rajouri was left for months.

Kuldeep Raj Gupta, who was 10 years old at that time, still trembles remembering that terrible scene. He says that even today I hear the cry of children. Several family members along with his father were killed in this fight.

Krishna Lal Gupta says that the tribesmen wreaked havoc on Rajouri, killing anyone they found. He says that even today when he remembers the scene, tears start flowing from his eyes. Women had to die by jumping into a well or family members poisoned their daughters-in-law with their hands. Today a place of sacrifice has been built on the site of that well.

Every conspiracy failed in front of Rana’s valor

When the Indian Army set out on a campaign to liberate it from Rajouri, the legs of the tribesmen could not last long.

While retreating from Nowshera, the Pakistani army had planned conspiracies, but every plot failed in front of the valor and prudence of Second Lieutenant Ram Ragoba Rana of Dogra Regiment.

He received his commission on 15 December 1947 as an officer in the Indian Army’s engineering corps.

On April 8, 1948, the soldiers and officers of Dogra Regiment marched from Nowshera to Rajouri to drive out the Pakistan Army and the tribesmen from Rajouri.

The Pakistani army had laid landmines along the way and cut down trees and threw them on the road. Despite being injured, Rana continued to clear the landmines and make way for the army.

It was due to him that the Indian Army entered Rajouri. For this, he was awarded the Param Vir Chakra for gallantry. There is an airstrip by his name.

India-EU Partnership: Can the Unfulfilled Potential Be Realised?
COVID-19 recovery rate in country slips down to 89.51 pct
Comment