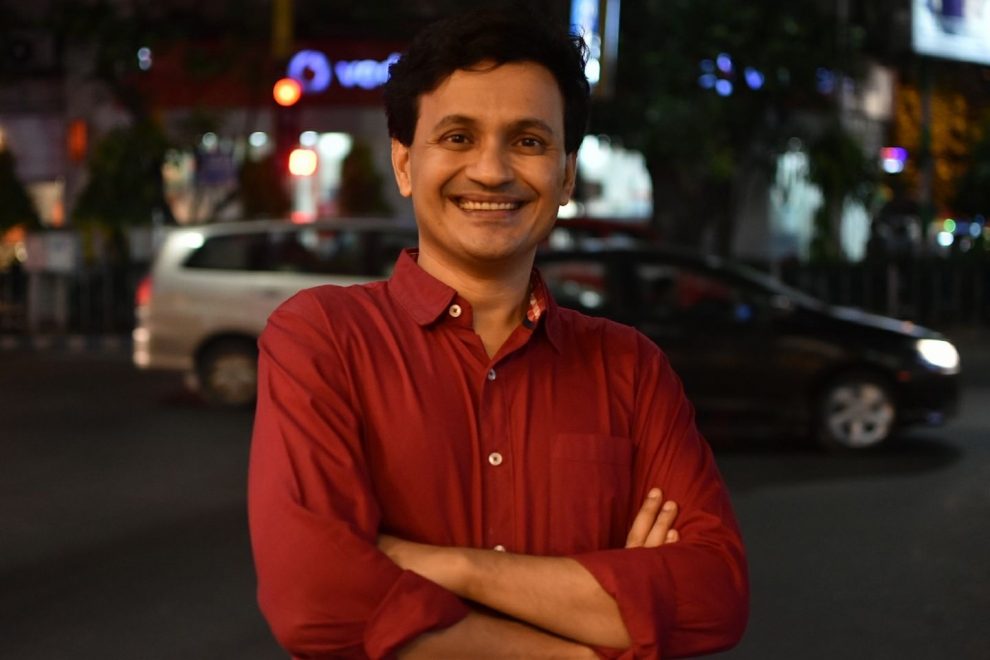 He messaged the next morning. He was running a daylong workshop for students. Was she free to meet in the evening? They met on campus, and they landed in a bowling alley, to be welcomed by a gaudy nightlife at five-thirty in the evening, beer and bowling and more beer.

“This is interesting,” Megha said, raising her brows a bit.

“The paradox of Bharatnatyam is that it strains your body and soothes your mind at the same time,” Rory said as he popped his can of diet Coke. “Bowling is the opposite. It fakes focus but actually makes you go nuts.”

“And you go nuts really well,” Megha stared at the red and white mayhem at the end of the line.

“When I was growing up, it beat me how people did darts with gallons of beer inside them. But bowling is something you can only do with booze inside.” Rory laughed. “The sloppier you get, the better your target.”

“The years at Kalakshetra,” Rory sighed. “But look, you’re on your second bottle already, so you’re going to fleece me easy.” He picked up the bowling ball.

She watched Rory go at it. It reminded her of gully-cricket boys played back in India. He was like a little boy trying to cook up a devious leg spin. An innocent attempt at evil. He could make it happen. And he did.

The gossip was poetry. He had heard her poetry in the messy Instagram video of the performance in the basement pub, which had captured a slice of Megha sneaking away to the restroom. He emphasized that part but sharply returned to his fascination with Megha’s poetry.

The reptilian violence of her imagery had left a strange taste in his mouth, but it was real poetry and there was no doubt about it. He’d read up as much of her poetry as he could find. He had discovered a taste for chocolate far more bitter than he liked.

He’d been jolted to hear an undergraduate talk about how she taught, how she drew out chunks of student lives with her scattered string of questions. How they milled around her, a small, wandering college.

“How does a poet teach poetry?” He asked. “Infect others with her own disease?”

“The disease spreads easy,” Megha smiled. “The fatal strain is hard to catch.”

She got ready to lunge. This was the most fun her body had had in a while, perched on the lane, ready to shoot.

She shot but left a couple standing. How could she?

Megha felt she could do this all night. They swung back to gossip. It was stupid, of course, to try to apply for jobs with only half her dissertation, but the stony silence from hiring committees had still been deafening. She’d landed one interview at the MLA conference in Chicago that year, and she could tell that the committee didn’t care for her. They’d been polite in their boredom, nodding absently, scratching their heads.

“And now that I’ve chucked the dissertation,” she said. “I have a shining career ahead teaching freshmen comp.”

“You talk as if it’s dead,” Rory said. “Have you thought of going back to it?”

“You’ve never really taught four writing courses a semester, have you?” Megha smiled at him. “And graded a million words a week? What dissertation?”

They took a break on gaudy beanbags that looked like plopped Jell-O next to scattered pinball machines.

“You’re a brilliant teacher,” Rory said. “There’s so much you can teach.”

“The job market kind of disagrees,” Megha smiled sweetly. “With my half-cooked Ph.D., I’m lucky to be here.”

“We’ll see about that,” Rory smiled.

“What, now you’re a fortune-teller too?” Megha laughed. “I know you do the divine dance.”

“We have a lot to talk about,” he looked at her. “Come over to our place in the city for dinner sometime?”

Excerpted with permission from The Middle Finger, Saikat Majumdar, Simon & Schuster India. Read more about the book here and buy it here.

From Dr. Tehemton Udwadia’s memoirs: How the groundwork for the first laparoscopic cholecystectomy in the developing world was laid
“Tulip of Istanbul”: This historical novel depicts political intrigue and cultural richness of the Ottoman Empire in the 1730s
Comment