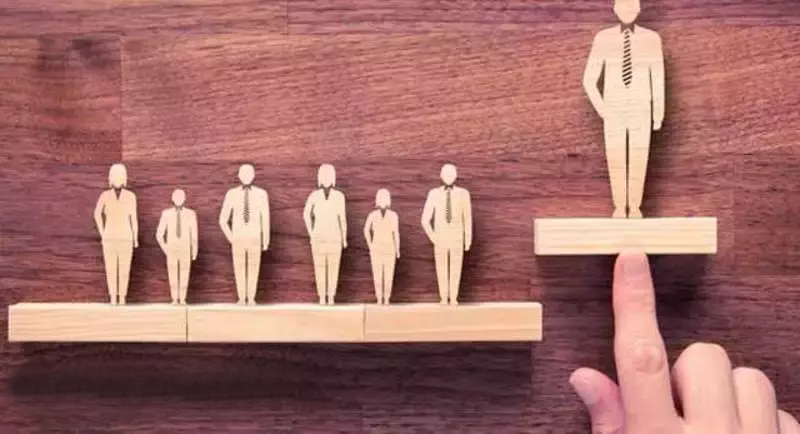 Half of 40 IAS officers serving in J&K not transferred for over 2 years; Eight Deputy Commissioners continue in their postings for over 20 months now

JAMMU: Jammu and Kashmir is all set to witness a major shakeup in the higher-rung bureaucracy in days to come, even as Lieutenant Governor Manoj Sinha has been camping in the national capital, where he is scheduled to have a series of meetings with union ministers including Home Minister Amit Shah over the weekend to discuss a number of issues regarding the union territory.

Besides the discussions on budget and the future course of delimitation process, Sinha will also hold consultations regarding the major reshuffle in the administration at the top level, first of its scale in last over two years, informed sources told The Dispatch.

“The government is planning to go ahead with a major revamp in higher-rung civil administration. Some changes might also be made in the police department, even if not immediately,” they informed, adding that the widely awaited revamp will also impact a number of senior officers who have not been shuffled in past two years.

While J&K cadre has been abolished and merged with AGMUT cadre, the central government is yet to carry out necessary modifications in the corresponding cadre allocation rules, a prerequisite for transfer and posting of the officers of the erstwhile Jammu and Kashmir cadre to Arunachal Pradesh, Goa, Mizoram and any union territory. This along with the critical shortfall of cadre strength in AGMUT and the erstwhile J&K cadre, it is almost uncertain that any officer from Jammu and Kashmir will be posted out in near future.

Out of the total IAS cadre strength of 137 officers in the erstwhile State of Jammu and Kashmir, only 59 posts are filled as on date. Even among these, nine IAS officers are on central deputation, six posted to the union territory of Ladakh, two officers are awaiting their postings, one of them has tendered his resignation while one is still under training.

This leaves us with only 40 IAS officers working in the union territory of Jammu and Kashmir, even though a few officers have recently been transferred to J&K on intercadre basis, as well as deputation from allied services.

However, a glance at the duration of posting of these officers reveals that almost half of them have not been moved out of their positions for past 2 years, which is unusual for the bureaucrats serving in Jammu and Kashmir.

There are also a number of officers serving as Deputy Commissioners who have completed 2 years or even more in their posting, a feat which is quite unusual in an uncertain place like Jammu and Kashmir.

Not only this but deputy commissioners in two other districts– Rohit Khajuria in Samba, and Showkat Aijaz Bhat in Kulgam, have also not been transferred for last 20 months. Both of these are KAS officers.

It is imperative that these officers will be shifted in this major reshuffle, sources said, adding that some changes are also expected at the top level in the Police department but their reshuffling might not follow immediately.

Some officers such as IGP Jammu Mukesh Singh, IGP Armed Jammu Danesh Rana, IGP Crime J&K M. K. Sinha are among those who have either completed two years in their posting or will be doing so in few months.

Even as the bureaucratic circles in Jammu and Kashmir were not very welcoming of the merging of J&K cadre of IPS, IAS and IFoS with the AGMUT (Arunachal, Goa, Mizoram and Union Territories) cadre earlier this year, The Dispatch has learned that it is still a long way to go before the officers of erstwhile J&K cadre are posted out of the union territory by the central government.

“Despite the transition of J&K from a full state to a union territory and all the subsequent changes that came along the way, the Bureaucratic setup in Jammu and Kashmir structurally continues to operate on the same lines as it was operating before August 5 2019. And it is likely to remain so for a longer period of time,” authoritative sources informed.

Jammu and Kashmir is a unique preposition and a special one at that. Its erstwhile cadre had the total strength of 137, two-thirds of the total strength of the AGMUT cadre (219) which consists of 9 states and union territories before the bifurcation of J&K state. Government will not throw officers from J&K to these States and UTs just like that, they added.

“While J&K cadre has been abolished and merged with AGMUT cadre, the central government is yet to carry out necessary modifications in the corresponding cadre allocation rules, a prerequisite for transfer and posting of the officers of the erstwhile Jammu and Kashmir cadre to Arunachal Pradesh, Goa, Mizoram and any union territory,” another source well informed with the development said.

Further in view of critical shortfall of cadre strength in AGMUT and the erstwhile J&K cadre, it is almost uncertain that any officer from Jammu and Kashmir will be posted out in near future, he claimed.