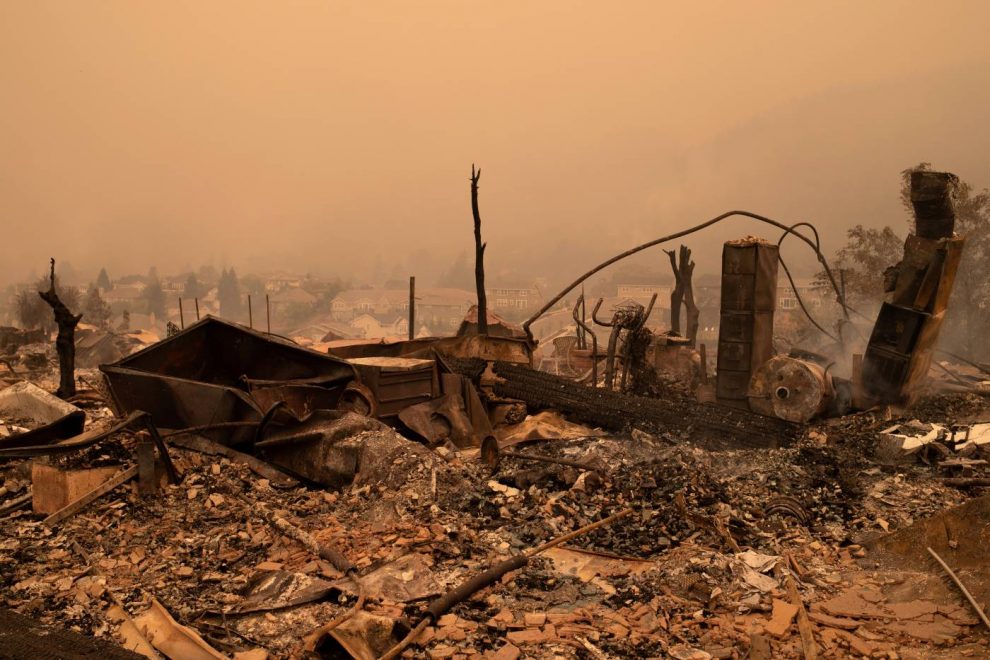 NEW YORK: A record-breaking wildfire season in the western United States cost insurers a staggering $7 billion to $13 billion in 2020, researchers said on Tuesday, an illustration of the growing price tag on natural disasters linked to climate change.

“Ten years ago, this was a non-issue for (insurance firms). Now they’re saying ‘This is an extraordinary increase in our risk portfolio,'” said David Peterson, a forest biology professor and wildfire expert at the University of Washington.

Companies were likely to change “how they start managing these things in the future. Otherwise they won’t survive,” he told the Thomson Reuters Foundation.

The damage was most severe in northern California, which saw $5 billion to $9 billion in insured losses, RMS projected.

Overall, wildfires killed several dozen people and scorched millions of acres in California and the Pacific Northwest this year, the worst fire season in regional history.

The months of August, September and October ranked as California’s hottest since records began in 1895, according to the U.S. National Weather Service.

RMS noted that several measures were effective in helping curb losses, including power shutoffs by utilities companies and state legislation to reimburse and protect those displaced by fires, as well as firefighter preparedness despite the COVID-19 pandemic.

But company officials cautioned that the striking amount of insured losses should serve as a warning for the future.

“This wildfire season reaffirms the growing catastrophic nature of this peril,” said Michael Young, RMS’s vice president of product management, in a statement.

“Wildfire risk is clearly evolving, not only in California, but also in other states, as we observed in Oregon and Colorado.”