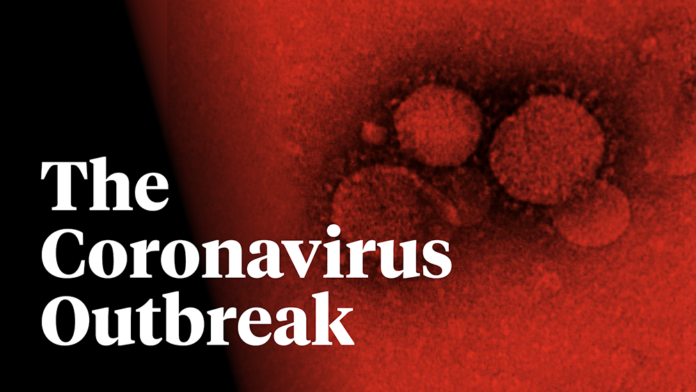 The coronavirus pandemic, which has spread its tentacles exponentially across borders on the map, has killed more people in the United States and Europe than in China, at least according to the official numbers.

By manipulating facts, China has been certainly trying to persuade people of its ‘superior model of government’ and some people may swallow that propaganda — though probably not many would believe.

It was in 2002 when Severe Acute Respiratory Syndrome (SARS) — another respiratory disease, like COVID-19, originated in the same wet market in Wuhan where live animals were kept in unsanitary conditions and sold for human consumption. But China, once again, seems to have “failed to learn public-health lessons from the SARS epidemic”, says Salvatore Babones in his article, “The ‘Chinese Virus’ Spread Along the New Silk Road” published in the American magazine, Foreign Policy.

In addition to the danger posed by live animal markets, China also kept the news a state secret for two weeks as people crisscrossed the country for the Lunar New Year celebrations, exactly in a similar way just as Beijing suppressed the information about the novel coronavirus 17 years later.

Paralleling the tragic case of Li Wenliang, the Wuhan doctor who died from the coronavirus after being reprimanded for raising the alarm, SARS also had its “own tragic hero” — an ambulance driver Fan Xinde — the first medical worker to die from exposure to patients.

“As far as the Chinese response is concerned, COVID-19 might as well have been named SARS-AGAIN,” Babones said.

“Then China repeated the misbehaviours that let SARS spread out of control and jump the border to infect people in more than 30 other countries and territories. Viruses may be forces of nature, but the coronavirus epidemic clearly seems to have been China-made,” he wrote in the article.

In a bid to deflect from these facts, the Chinese Communist Party is now busy trying to overturn the contagion to its propaganda advantage.

Not only is China offering aid to virus-hit countries, but it is also touting its success in bringing its own epidemic under control. However, Italy, Nepal, Spain and other countries, who received protective gears from Beijing have complained and returned those products, accusing of detecting inappropriate results.

“It has, in effect, rolled extreme public health crackdowns into the broader ‘Beijing Consensus’ or ‘China Model’ of totalitarian state capitalism that it has been promoting since the advent of the 2007-2009 global financial crisis,” the article added.

China’s foreign ministry may have also countered US President Donald Trump’s “Chinese virus” rhetoric by suggesting that the virus actually originated in the United States and was brought to China by American Army athletes, participating in the Military World Games held in Wuhan in October last year. But only a few people outside China have taken that seriously.

A top Italian medical researcher has even suggested that China allowed the virus to spread to Europe as early as November, Babones wrote in his article.

It is, therefore, understood that China’s model of public health — locking people into their homes and arresting people for complaining — is not very appealing to anyone but party-state loyalists.

Countries hit by the coronavirus pandemic will certainly continue to accept Chinese offers of face masks and respirators and no doubt their people will be grateful for the help. “Nonetheless, once the crisis has passed, China’s broader social and political model will still be unattractive to all but a few morally corrupt elites. China’s heavy-handed police state may have conquered the coronavirus, but few people will embrace one-party rule just to ensure their safety in future pandemics,” the article stressed.

If the United States and the European Union are now in crisis, it is because they failed to act decisively to break the wave when they first knew it knew was coming. “But these were failures of policy, not failures of democracy,” the article said.

With at least 1,425,932 cases and 81,978 others succumbing to the killer bug globally, it is obvious that the pandemic was enabled by bad policies and worse implementation of measures.

“The concerned citizens of the world are much more likely to turn to East Asia’s prosperous democracies for public health advice than to China. Western democracies may ultimately lose the coronavirus propaganda war, but China certainly will not win it,” it said.