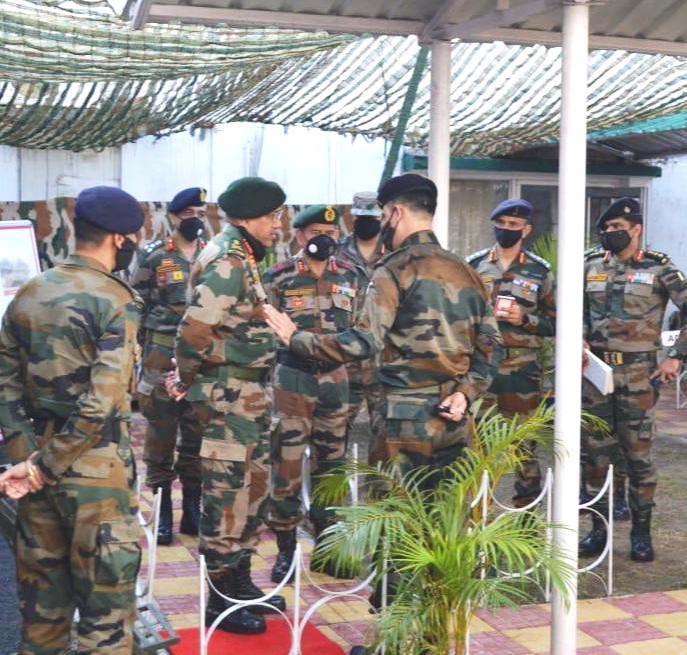 Jammu: Western Command Commander Lt Gen R P Singh visited the ‘Tiger Division’ headquarters during a two-day visit here and was briefed about the operational situation and security scenario in Jammu sector, a defence spokesperson said on Sunday.
The lieutenant general also interacted with the troops deployed in forward areas during his visit on Friday and Saturday and complimented them for maintaining a high degree of operational preparedness, according to the spokesperson.
The western commander was briefed by Rising Star Corps Commander Lt Gen Upendra Dwivedi and Tiger Division General Officer Commanding Maj Gen Vijay B Nair on the operational situation and security scenario in Jammu Sector.