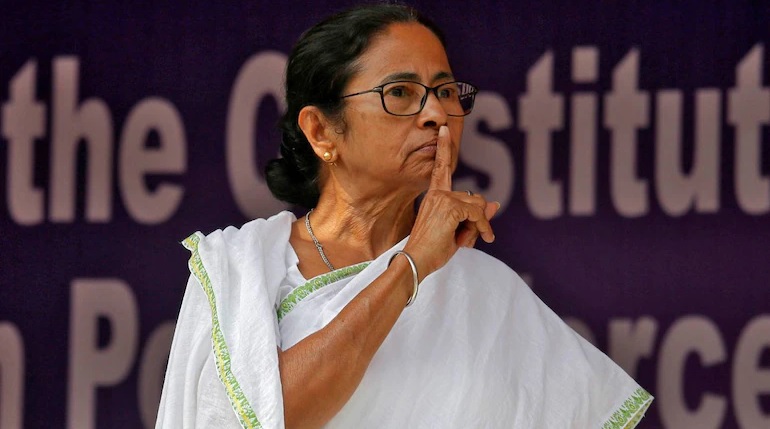 It is going to be a year this May since Mamata Banerjee-led Trinamool Congress returned back to power in West Bengal with a brute majority and stopped the resurgent Bharatiya Janata Party to only double digits. After the Assembly elections, the ruling TMC has only consolidated its strength across the State, as seen in the by-elections and civic polls held later. On the other hand, the BJP has been only steadily losing the momentum gained earlier.

In the last civic polls held in February, the TMC rebels contesting elections as independents and emerging as the second largest political bloc in terms of seats, is a confirmation that the Opposition is weak and the party itself is the Opposition on the ground. The TMC, unlike the previous ruling party CPM, doesn’t have a proper organisational hierarchy and is led on the ground by different leaders leading to many factions — and all these are uniting under the banner of Mamata Banerjee, who is the first and last word in all party affairs. The recent violent massacre in Rampurhat of Birbhum district, where eight people, according to official figures, were burnt to death, is a result of this factional rivalry within the party.

With the absence of an active Opposition, particularly more in the last one year, the TMC workers and local leaders have gained additional strength and are more interested in building their own empires in their areas. Their dominance is challenged mainly by their own party leaders belonging to other factions. To be fair, internal violent factional rivalry within the TMC isn’t new, but the barbaric Rampurhat massacre shows what’s going very wrong in the State.

Now, there is a case similar to Hathras of Uttar Pradesh, in Hanskhali of Nadia district where a minor is allegedly gangraped at the residence of the son of a local TMC leader and her body was forcefully cremated, as alleged by the family, even before the death certificate was issued. More shocking is Chief Minister Mamata Banerjee’s insensitive question whether this was a “love-affair”!

Prior to Hanskhali and Rampurhat, a Muslim student leader named Anis Khan belonging to Abbhas Siddiqui’s Indian Secular Front was allegedly murdered by men in police uniform. This incident has also put Mamata’s government on the backfoot. The family of the deceased student leader, who earlier was also associated with Left politics, has been demanding a CBI inquiry, clearly indicating that they don’t have faith in the ruling dispensation. This case brought the Left students and youth unions on to the roads demanding justice for Anis leading to crackdown on youth Left leaders such as Minakshi Mukherjee by the TMC government.

Amid all these horrible incidents and the complete dominance of TMC, there is a churning going on which can’t ignored. There has been a growing dissatisfaction among Muslims, the core-vote bank of TMC, against the party and the administration. The nomination of Babul Supriyo, former Union Minister in Narendra Modi government, for the BallygunjAssembly seat by-poll, hasn’t gone well with a section of Muslim voters. That they are unhappy can be confirmed from statements of TMC General Secretary and Mamata’s nephew Abhishek Banerjee saying that the candidate is Mamata Banerjee, not Babul! Notably, in the Rampurhat massacre both the victims and perpetrators belonged to the  Muslim community.

On the other hand, the CPM, the party which once ruled the State for 35 years consecutively, is trying to revive by cashing in on the growing Muslim dissatisfaction against the TMC. In the last Assembly poll, the Left party for the first time failed to open its account in the State. Since 2009 Lok Sabha polls, CPM-led Left Front has been declining and went down further after the debacle it faced in the 2016 Assembly polls, where the Left Front suffered due to CPM’s wrong decision to ally with the Congress.

Significantly, the Left in recent times has been showing some improvements. In the Kolkata Municipal Corporation, the Left polled more votes than the BJP despite contesting a lesser number of seats than the saffron party. The Left also polled 14% votes, more than BJP’s 13%, in the recent elections to 107 civic bodies, where there were countless allegations of rigging and attacks on Opposition candidates and leaders by TMC workers and supporters. Importantly, the combined share of Left’s votes in the last Assembly polls was only 6%!

Notably, what adds to the new calculations being made is that the CPM has made its Muslim face Mohammad Salim the new party State secretary. This is the first time that a Muslim has been given this post by the West Bengal unit of the party. It  comes at a time when there have been murmurs of growing Muslim dissatisfaction against the ruling TMC. Plus, Salim has been known for his anti-TMC stand. The Muslims were once the core-voters of the Left Front. But later dissatisfaction grew as was seen in the late 1990s, but a large section of the community kept voting for it. The community started to move towards TMC in 2008 rural body polls after their dissatisfaction against the then Left Front government increased.

True, that there is a growing dissatisfaction but to assume that Muslims will abandon Mamata quickly is naïve. One of the main reasons for TMC’s massive victory in last year’s Assembly polls is the massive consolidation of the Muslim vote, which accounts around 28% of the State’s population, behind the party.

In the recently-concluded CPM Party Congress at Kannur, the Left party inducted Ram Chandra Dom, the State’s former Lok Sabha MP from Birbhum district (winning six consecutive times) and a Dalit face of the party, into the Politburo, the highest decision-making body. This is the first time that the party has inducted a Dalit into the Politburo. Apart from this, the Left party has inducted tribal leader DebalinaHembrom of Bankura District and Sumit De of Nadia into the Central Committee. Importantly,  the BJP was leading in both Bankura and Nadia districts in the last Assembly polls.

It can be seen that the CPM is trying to wean back the votes of Muslims, tribals, Dalits and other sections which it lost to the TMC and BJP. That’s why the Left party at its worst time finally has been quite serious in bringing new faces into the party leadership. However, the BJP is still the main Opposition in the State, although it now faces a threat from the Left. Obviously, the TMC can have some relief as the political fight is now between BJP and Left to become the main Opposition in the State.

There is a churning in the Opposition camps to emerge as the credible alternative against Mamata-led TMC and it remains to be seen who is the victor. For now, the TMC has no big political threat but overconfidence is giving birth to many troubles, which may cost the party heavily, as witnessed in 2019 Lok Sabha polls.