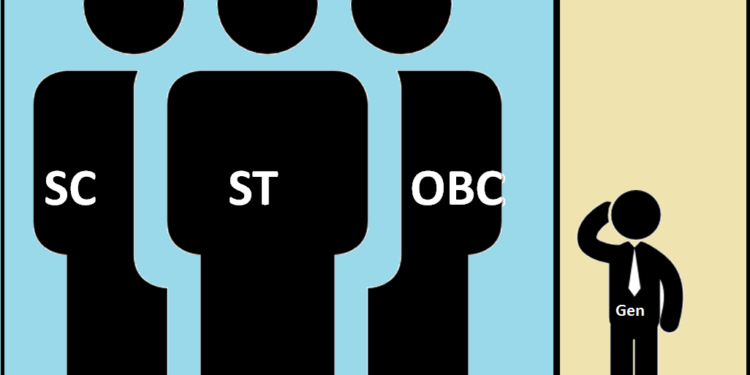 The Andhra Pradesh Government has recently decided to set up 56 separate corporations for sub-castes within the officially recognised Backward Classes. Chief Minister Jagan Mohan Reddy is openly joyous over this decision which is “revolutionary” in his perception. He expects that it will help emergence of young leaders from small and marginal communities. They are now submerged in the bigger common category called Backward Classes distinct from Scheduled Castes and Scheduled Tribes and officially designated Other Backward Classes (OBC) which is estimated to be about 49.55 % of the State population.

The Chief Minister has the satisfaction of fulfilling a promise he made to these castes in 2010. He says that BC does not stand for Backward Classes, but for “Backbone Classes” — a description which denotes their strength, stability, and courage to sustain the entire society.

So long, there was only one Backward Classes Welfare Corporation for all backward castes which number 139 in AP. This is different from the National Backward Classes Finance and Development Corporation, a Government of India undertaking under the Ministry of Social Justice and Empowerment to promote economic and development activities for the benefit of the entire BWC and specifically to provide employment, develop skills, and arrange loans for individuals and groups of BWC.

The castes selected for separate corporations have a population of 30,000 and above. Each corporation, headed by a chairperson assisted by 12 directors is to bring together their caste members for mutual welfare and development. The move will have the effect of dividing sub-castes and uniting members within each of them.

The corporations are entrusted with the main function of identifying eligible “beneficiaries” for    various BWC welfare programmes. They are classified in AP in five categories according to the degree of backwardness of the caste as A,B,C,D, and E. Group C comprises SC converts to  Christianity, and Group E socially, economically, and educationally backward Muslims thus conferring backward class status to specific religious minority groups.

Evolution of the caste system in India is one of the most interesting sociological phenomenon in India. Fusion and fission are normal in the system. But, political intervention in organising and re-organising the units of this institution is cover a century old story starting in anticipation of a democratic self-government.

Separate welfare corporations are like reservation within reservation (also called compartmental system) and quota system, arising out of the reality that castes are not and cannot be made homogeneous groups. Social, economic, educational differences even within individual sub- castes in many cases are as wide as between main castes.  Groupings like SC, ST, and OBC are less likely to present a homogeneous group on any plane – social, economic, educational, etc. – and are made only as a convenient method to execute the policy of social justice and empowerment. Hence, there is no surprise that individual castes within the BC want their individual progress also given the fact that caste and then sub-caste consciousness are alive and active.

However, courts have not conceded the reality of inequalities within SC and BWC easily. A court ruling given in 2004 declared that SCs are constitutionally “homogeneous”.  A legislation passed in AP reorganising 57 SCs into four sub-groups and to split 15% quota of the SCs among them became invalid. The law was based on the recommendation of a commission set up by the State Government, and the court order was based on the constitutional position of the listing of the SCs under Article 341 that cannot be modified by a State law.

Vanniars of Tamil Nadu, whose untiring efforts led to the breaking up of the Backward Classes as BW and MBC (Most Backward Classes) and recognition of the MBC as a separate group in all-India policy, are now seeking separate quota for Vanniars in government jobs and educational institutions.  They demand larger quota exclusively for Vanniars in the 20% seats reserved for MBC which comprises 41 castes. They themselves include over 100 sub-castes. Their leader, who is the founder and leader of Pattali Makkal Katchi (PMK) has issued an ultimatum to the AIADMK government virtually threatening to review their electoral alliance with the AIADMK   if their demand is not conceded before the Budget Session.

Political interests involved in the Backward Classes movements are openly working in all the States. Jats in Rajasthan, Marathas in Maharashtra, Kapus in Andhra Pradesh, for example, are leading political caste agitations over quota system.

De-notified Communities (DNC) which are also covered under the MBC in TN are seriously perturbed over the Vanniyar demand and has warned the government of serious backlash if Vanniar demand were to be met. “Southern districts will literally burn if the reservation for Vanniars is declared without caste-based census”, said a leader of a DNC and former member of All India Forward Bloc. No more proof is required to establish that MBC and BC are as much caste-ridden as the population as a whole.  DNCs obviously cannot accept conceding major part of MBC share to one caste.

The Government of Tamil Nadu  has gone forward in this backward politics and set up a commission under a retired judge to collect caste-wise quantifiable data on castes, communities, and tribes as part of the  political necessity of the ruling party to reiterate its commitment to “set right disparities” between castes and sub-castes.

Confusion prevails as two different certificates are issued – Denotified Communities by the State Government and Denotified Tribes (comprising those designated as “criminal tribes” by the British government) by the Union Government.

Within the BC, attempts at both integration and disintegration have worked all along. One of the latest is the announcement of TN government declaring seven sub-sects as Devendrakula  Vellalar community.

The need for sub-categorisation cropped up within the Scheduled Castes also. In AP, Bihar, Punjab, and Tamil Nadu special quotas are introduced for the most vulnerable among the SC. In 2007, Bihar Government set up the Mahadalit Commission to identify castes within SCs that were left behind.

Existence of “creamy layer” within the SCs was acknowledged by the Supreme Court in 2018.  In  August 2020, a  5-judge Bench of the Supreme Court held that States can sub-classify SCs  and STs in the Central List to provide preferential treatment to the “weakest out of the weak” while hearing the case of reservation within SCs for Balmikis and Mazhabi Sikhs in Punjab.   This reversed the ruling of 2004.

Justice Rohini Commission was set up by the Government of India in October 2017 to examine the question of sub-categorisation of OBC so as to ensure due benefits to marginalised sub-castes. Graded inequalities within the BWC were seen to justify graded approach in fixing separate quota. The Commission is to submit its report this month.

The above brief survey of Quota Raj, though confusing, shows a pattern. Individual castes form amalgamations to show numerical strength and demand adequate representation in public offices, etc. When their demands are met, they split due to internal disparities and seek quota within quota. The process will go on and groups will multiply unless we give up playing caste politics.