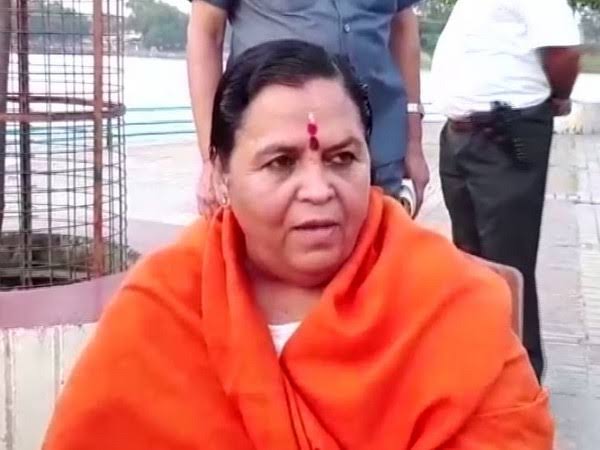 Senior BJP leader Uma Bharti on Saturday welcomed the Supreme Court’s verdict on the Ayodhya land dispute case.
“The divine judgement of the Supreme Court is welcome,” Bharti tweeted. She also paid homage to former International President of Vishwa Hindu Parishad (VHP), Ashok Singhal.
“A tribute to all those who laid down their lives for this work and a tribute to Advani ji, under whose leadership all of us put our best at stake for this great work,” she added.
The Supreme Court on Saturday directed the Centre to make necessary arrangements for the construction of the temple by forming a trust and give five acres of suitable land to Sunni Waqf Board at the same time.
“Central government shall form in three to four months a scheme for setting up of a trust. They shall make necessary arrangements for the management of trust and construction of the temple,” Chief Justice Ranjan Gogoi said while reading out the verdict.
A five-judge constitution bench presided by Chief Justice Gogoi and comprising Justices SA Bobde, DY Chandrachud, Ashok Bhushan and S Abdul Nazeer passed the order on a bunch of petitions against an order of the Allahabad High Court which trifurcated the site between the parties — Ramlalla Virajman, Sunni Central Waqf Board and Nirmohi Akhara.
A decade-long legal dispute was fought by right-wing party Hindu Mahasabha, a sect of Hindu monks Nirmohi Akhara and Muslim Waqf Board over 2.77 acres of land in Ayodhya.