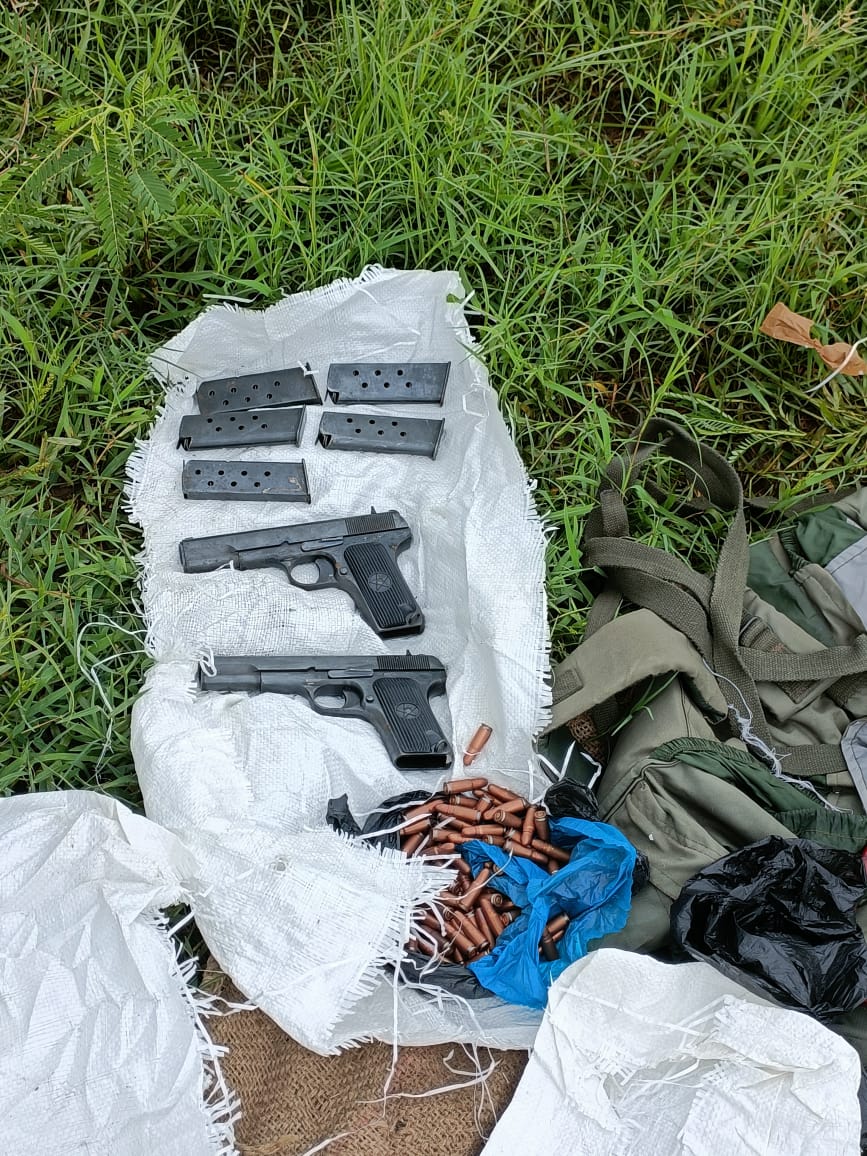 JAMMU: Ahead of the Independence Day, security forces recovered two pistols and ammunition wrapped in general area of bordering Sarthian village of Samba district along International Border on Friday.

Officials told that troops of the six JAKLI and Jammu and Kashmir Police launched joint search operation and recovered arms cache from the Samba. The cache of arms is suspected to be air dropped by a drone, the officials said.

Official sources said that the searches were being carried out in view of the second anniversary of Abrogation of Article 370 and upcoming Independence Day.

They said that at around 7.30am, a team of Indian Army soldiers (6 JAKLI) and Samba Police started a routine joint search operation in Babbar Nallah area (local rivulet) in Rajpura sector of Samba district.

They said that the forces recovered two pistols, five magazines,122 rounds, and one silencer in a joint operation of the troops at Sarthian village of Rajpura Police Station region in Samba.

“The search team found a bag. The Bomb Squad opened it found arms and ammunition in it. There are pistols, magazines, and ammunition. The search was done in a joint operation with JAKLI and Police,” Rajesh Sharma, Senior Superintendent of Police, Samba said.

After search they recivered 02 pistols, 05 magazines, 122 rds. & one silencer were found in the packet, added the tweet by IGP Police Jammu Zone.

Asked about the suspected drone dropping, the SSP said,” there have been events of drone droppings in the area still, however, until the investigation is completed, “we can’t say that it is drone dropping or someone was carrying it somewher.”

The SSP Samba said that “Police and security forces are searching in every area. To ensure that there is no kind of activity by the enemy, we are always focused to foil such bids.”