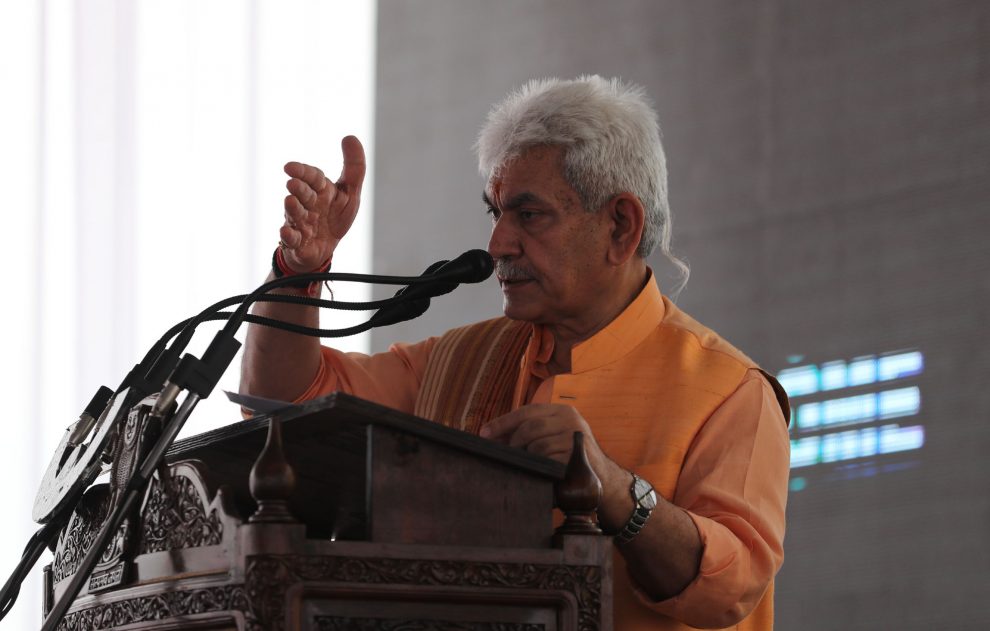 Srinagar: Amid a spate of civilian killings, Jammu and Kashmir Lieutenant Governor Manoj Sinha on Sunday vowed to avenge every drop of their blood by hunting down terrorists and their sympathisers.

Sinha said attempts are being made to disrupt the peace and socio-economic progress of Jammu and Kashmir and the individual growth of people, and reiterated the commitment to the fast-paced development of the Union territory.

“I pay my heartfelt tributes to the martyr civilians and condolences to the bereaved families. We’ll hunt down terrorists, their sympathisers and avenge every drop of innocent civilians’ blood,” Sinha said in his monthly radio programme ‘Awaam ki Awaaz’.

The LG was referring to the killing of civilians, including members of minorities and non-local workmen, by militants over the past 10 days in the valley.

“We remain committed to fast-paced development and will endeavor to build a prosperous and peaceful UT of J&K,” he said.

The lieutenant governor urged the people to remember the security personnel who have laid down their lives in the line of duty.

“When we light the Deepawali lamps next month, let’s light one lamp in remembrance of the martyrs among the security forces who were prematurely snatched from us by the enemies of humanity,” he added.

Nine army personnel have lost their lives in one of the deadliest anti-terror operations in recent times in Poonch district.