Home Newsfeed We will form government in Maharashtra: BJP MLA 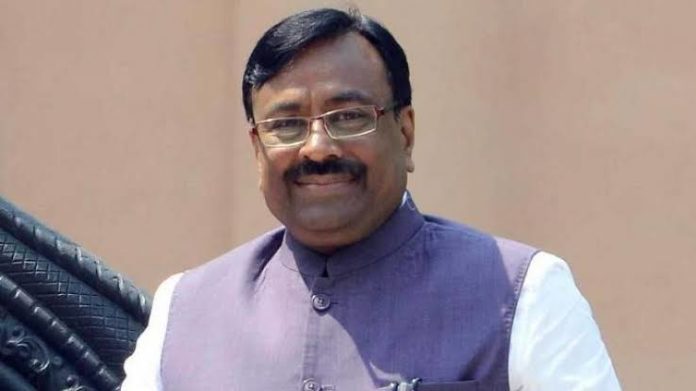 Amid delay in the formation of a new government in Maharashtra following differences over power-sharing with Shiv Sena, BJP MLA Sudhir Mungantiwar on Tuesday said that his party will form the government in the state.
“We had a comprehensive discussion, we will wait for Shiv Sena but the government will be ours only. There is no ‘if’ and ‘but’ here, you will get the news anytime that we are forming the government,” he told reporters after meeting with Chief Minister Devendra Fadnavis here. Earlier, Maharashtra BJP president Chandrakant Patil had said that Shiv Sena is yet to give any proposal and that BJP’s doors are “always open” for them.
“People have given a mandate to BJP-Shiv Sena alliance. We will honour that mandate and form the government. Shiv Sena is yet to give any proposal. BJP’s doors are always open for Shiv Sena,” he said.
The BJP and Shiv Sena, who are partners in the ruling alliance in Maharashtra, had fought the assembly polls together.
Shiv Sena has been insisting that the two parties had a ’50-50′ power-sharing agreement before the elections. But Maharashtra Chief Minister Devendra Fadnavis has said that Shiv Sena was not promised the chief ministerial post for two-and-a-half years when the alliance was sealed before the 2019 Lok Sabha polls.
The BJP emerged as the single largest party by winning 105 seats while Shiv Sena got 56 in the 288-member state assembly. The results of assembly polls were announced on October 24.