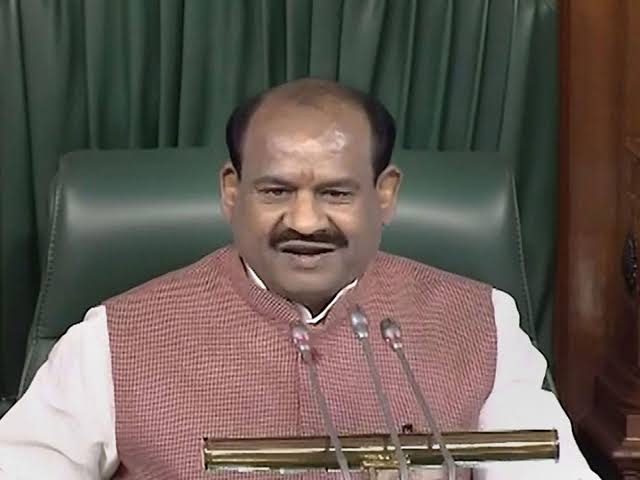 Amidst uproar over BJP MP Pragya Thakur’s controversial remark regarding Mahatma Gandhi’s assassin Nathuram Godse, Lok Sabha Speaker Om Birla on Friday urged the members to not politicize this issue as the House does not permit to glorify the matter of assassination of Mahatma Gandhi.

“Not only this nation but the world follows the principles of Mahatma Gandhi. We should not politicise this issue. If we do, it will be before the world. So I said that the remarks won’t be recorded,” Birla said. “This House does not permit to glorify the matter of assassination of Mahatma Gandhi whether in this House or outside. Yesterday the Defence Minister gave the clarification on behalf of the government. The MP (Pragya Singh Thakur) has apologised too,” he added.

Earlier in the day, Pragya Thakur apologised in the Lok Sabha over her controversial remark praising Mahatma Gandhi’s assassin Nathuram Godse but also added that her statements made in the Parliament are being distorted.
“I apologise if I have hurt any sentiments… My statements made in Parliament are being distorted. I respect Mahatma Gandhi’s contribution to the nation,” Thakur said.

Without naming Rahul Gandhi, Thakur also objected to the Congress leader calling her a terrorist.
“A member of the House referred to me as ‘terrorist’. It is an attack on my dignity. No charges against me have been proven in court,” she said.Soon after her statement, ruckus by opposition leaders in Lok Sabha was witnessed as they raised slogans of ‘Mahatma Gandhi ki Jai and ‘Down, down Godse’