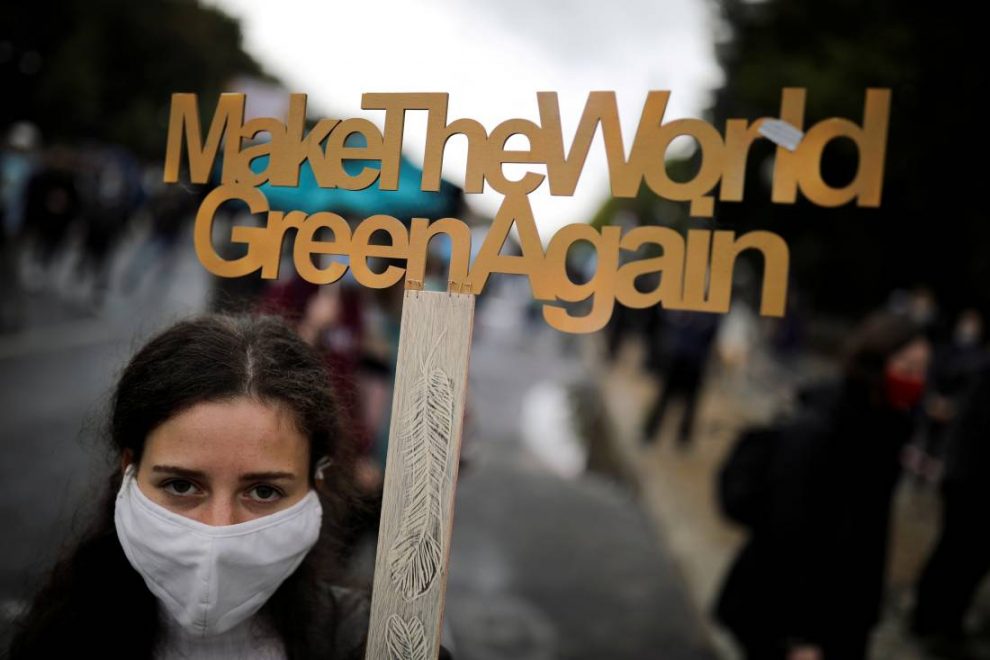 LONDON: World leaders should commit to a climate-smart recovery from the coronavirus pandemic, recognise a new human right to a healthy environment and make the deliberate destruction of nature a crime, youth climate activists urged on Tuesday.

“Every moment of inaction makes things worse for our generation” as climate change impacts and nature losses surge, young representatives of more than 140 countries warned in a statement negotiated during two weeks of online talks.

The youth-led “Mock COP” event was organised after the COP26 U.N. climate negotiations, due to be held in Glasgow last month, were delayed a year by the pandemic, with young people vowing to push ahead to develop climate policy if adults could not.

“We know what needs to be done. What is lacking is political will to do it,” said Kelo Uchendu, 24, a Nigerian engineering student and delegate at the conference.

As the talks ended Tuesday, researchers with the independent Climate Action Tracker reported that if all national governments met the 2050 net-zero emissions targets they have set or are considering, global warming goals remained within reach.

Those targets include U.S. President-elect Joe Biden’s plan to achieve net-zero emissions by 2050, as well as Chinese President Xi Jinping’s pledge of carbon-neutrality by 2060.

With net-zero or similar aims now planned or in place in 127 countries, planetary heating could be limited to 2.1 degrees Celsius, putting the 2015 Paris Agreement goal of keeping it to “well below” 2C far closer than before, Climate Action Tracker said.

But the world would still exceed the lower Paris aim of 1.5C of warming since pre-industrial times, which scientists say is key to avoid the worst impacts of climate change.

She urged “a transition from fossil fuels to renewable energy, ending ecosystem destruction and building resilience of communities vulnerable to climate impacts”.

In a final statement like those produced at U.N. talks – and similarly issued in the form of a legal treaty that could be formally adopted by countries – young “Mock COP” delegates said all national climate plans should be aligned with the 1.5C goal.

Delegates also called for 30% of land and oceans to be conserved, more safeguards for indigenous people and for every country to ensure clean air through stronger regulation.

Nigel Topping, Britain’s high-level climate action champion for the postponed COP26 talks, who received the statement, said government leaders had been pressed into faster action on climate threats largely as a result of youth campaigning.

“You’re sending a loud signal – and a very professional one – of expecting more from leaders around the world. Never underestimate how significant that is,” he told delegates.

Participants said they would push their home governments to turn some of the statement’s language into new laws, particularly now that responses to the COVID-19 pandemic have made clear big, rapid policy shifts are possible.

“Getting countries to adopt this treaty would make a huge impact,” Uchendu, from Nigeria, told the Thomson Reuters Foundation in an online interview.

David R. Boyd, a U.N. special rapporteur on human rights and the environment, said new policies would be crucial to avoiding the worst impacts of climate change, from growing hunger and poverty to more extreme weather and rising seas.

“We know conclusively that we are on the precipice … and this has terrible consequences for people’s human rights,” he said.