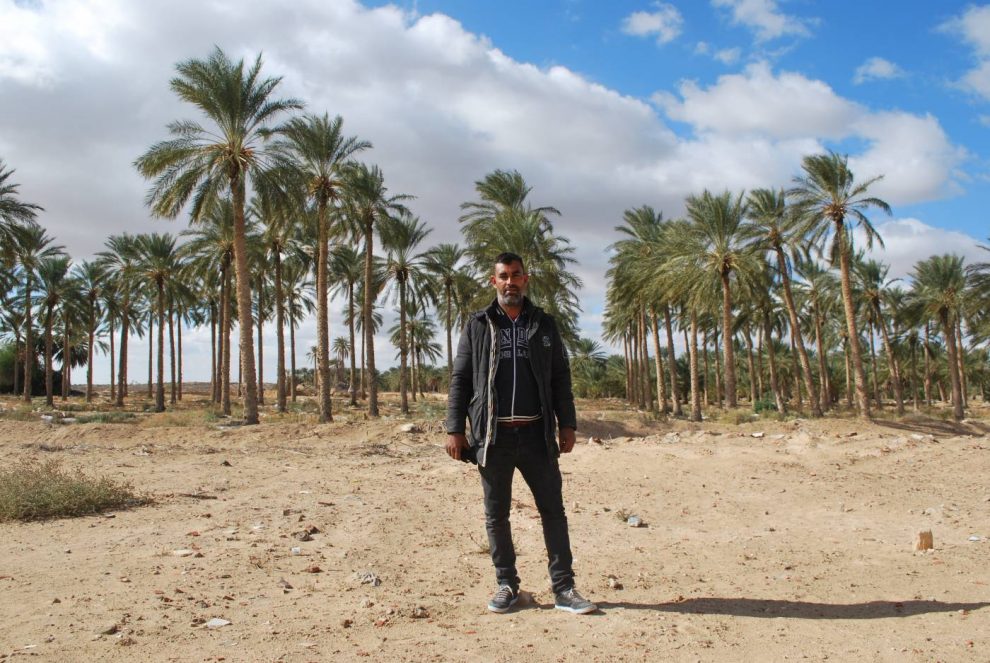 JEMNA, Tunisia: As revolution swept Tunisia 10 years ago, the people of Jemna saw their chance to settle a colonial-era score – seizing a 185-hectare (460-acre) date plantation just outside the oasis town.

“We had to get our land back, we should be the ones using it,” said Mohsen Ezzine, 40, who was among those who occupied the farm – claiming it as ancestral land – two days before then President Zine El-Abidine Ben Ali fled abroad in January 2011.

A wave of land occupations took place during the revolt against Ben Ali’s authoritarian rule, but a decade later much of the reappropriated land is either back in state hands or caught up in legal disputes.

While about 100,000 hectares of state-owned land was appropriated, the government has since clawed back nearly 80,000 hectares, according to the Land Ministry.

While Tunisia’s government has refused to negotiate on the question of ownership, Jemna is a rare case of local people managing to negotiate the collective management of state land.

Despite a recent drop in date prices due to COVID-19, the plantation has thrived, more than 100 jobs have been created and profits have been reinvested in community health and education facilities.

And due to a social economy law passed earlier this year, Jemna looks set to become the first land-occupying collective to reach an agreement to keep the land in community hands.

The legislation, which is yet to be implemented, would grant collectives with a social objective legal access to state-owned land although ownership would not be transferred.

Ghazi Chouachi, a former land minister who worked on the new law, said Jemna was an “exceptional” case due to the success of its social business model.

“This is why we supported it, even though it’s state land,” he said.

Ezzine belongs to one of the tribes that collectively owned the land until 1912 when he said it was appropriated during French-colonial rule to be used to grow dates.

His grandfather worked on the farm during the colonial period “like a servant for very low wages” and used to take his sheep and goats to graze there after the harvest had finished, Ezzine said.

After independence in 1957, Tunisia took a loan to pay France for the land and then kept it as state property, instead of returning it to local residents.

Following a brief experiment with farming cooperatives, the state changed tack, encouraging the use of public land by private investors.

This led to “villages of peasants without land surrounded by public land that is abandoned or given to such-and-such an investor”, said Layla Riahi, a lecturer at the Tunisian School of Architecture and Urbanism.

In Jemna, the date plantation land was rented to the state-owned STIL, which went bankrupt in 2001. Two businessmen with close ties to power began to rent the land at low prices.

Such policies fueled old grievances over the land’s confiscation, said Taher Tahri, president of the Association for the Protection of the Jemna Oasis, the organisation that manages the plantation collectively.

“We had replaced the coloniser with another coloniser, a Tunisian one,” he told the Thomson Reuters Foundation, sipping coffee in Jemna’s palm-lined main road.

Prior to the date plantation’s 2011 occupation, it only employed 20 local people. Today, it provides 162 jobs.

The association decides how to spend the business’s profits in consultation with local people and so far it has funded numerous projects including classrooms for the local school, a new roof at the wholesale date market and a community ambulance.

Young people from the town who want to study at university are offered financial assistance.

While a recent change of government has delayed the implementation of the social economy legislation, and in turn Jemna’s land-use deal with the state, Tahri is determined to keep community control on the plantation.

“What is essential is that no one except those from Jemna will put their feet in the oasis of Jemna,” he said.

With the passing of the new law, other groups have contacted Tahri to see if they can emulate Jemna’s model.

A decade after the revolution that triggered “Arab Spring” protests across the region, most of those who seized state land have struggled to keep hold of it – many hampered by poor organisation and a lack of capital.

In the nearby town of Zaafrane, young people occupied a 120-hectare (300-acre) date farm situated on lands they claimed as ancestral, but were forced off the site in 2017, said Ali Rtima, a local activist.

The plantation has since been returned by the state to its former tenant, a wealthy land-owning businessman, a blow to the occupying group that Rtima blamed on a lack of solidarity and organisation.

A group of former STIL employees also sought access to part of the land in Zaafrane, but their appeals to the local governor fell on deaf ears.

“We didn’t go to court – a lawyer needs money and we couldn’t afford it,” said Mohamed Grere, 74, one of the ex-STIL workers.

Preparing to head home after a morning’s work irrigating Jemna’s palms, Tarek Sessi, 53, said he was much happier with working life today than when he used to work for STIL.

“I get paid, I buy something from the (local) shop. The association does things in Jemna. All the money stays in Jemna,” he said. “It’s the solidarity economy.”