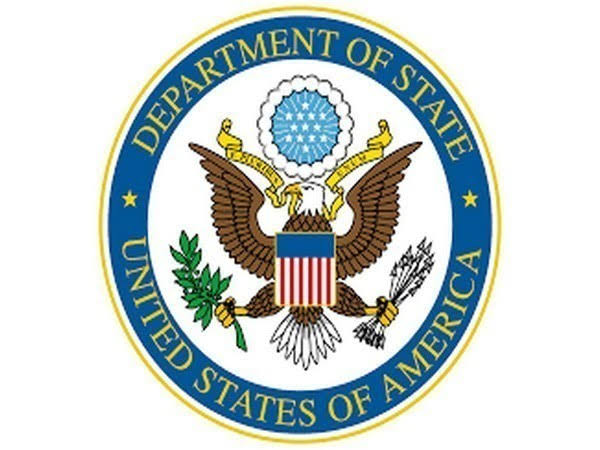 The US State Department on Thursday said it does not disclose details of any bilateral agreements involving defence technologies or communications, apparently in connection to a media report that a top American diplomat had reprimanded chiefs of Pakistani air force for misusing US-supplied F-16 fighter jets.
“We do not publicly comment on the contents of bilateral agreements involving the United States defence technologies nor the communications we have about them,” a State Department spokesperson told in a response to a query over the issue. A report citing official documents and published on Wednesday by the media group US News & World Report stated that, Andrea Thompson the then undersecretary of State for Arms Control and International Security Affairs had in August written to Pakistan Air Force chief lambasting the use of F-16 fighter jets.
The communication from the US came months after India, in February, had said that its army shot down one F-16 jet during a skirmish with the Pakistan Army.
Though the letter did not mention February’s incident, it could be seen as a first admission from the US of its concern that Pakistan had used its fleet of F-16s in stark violation of the original terms of the sale.
According to a source, the letter began by relaying the State Department’s confirmation that Pakistan had moved the F-16s and accompanying American-made missiles to unapproved forward operating bases in defiance of its agreement with the U.S. using diplomatic language.
On February 27, a day after India launched airstrikes on terror camps in Pakistan, Islamabad fighter planes violated the Indian airspace in the Rajouri sector of Jammu and Kashmir and dropped bombs on their way out, officials had said.
Craters were reportedly spotted at the places where the bombs were dropped by the Pakistani jets but there were no reports of any casualty.
Shortly thereafter, an F-16 fighter of the Pakistan Air Force was reportedly shot down and was seen falling in Lam area, about three kilometers inside Pakistan, officials said.
A parachute was also seen dropping along with the crashing fighter but the fate of its pilot was not known.
In March, the United States had said that it was “closely following” the reports alleging Pakistan’s use of F-16 fighter jet aircraft.
However, in its December 11 report, the US News reported citing an official saying that as a matter of policy the State Department does not comment publicly “on the contents of bilateral agreements involving U S defence technologies, nor the communications we have about them.”
Notably, Thompson, who has since left government, warned the Pakistanis that their behavior risked allowing these weapons to fall into the hands of malign actors and “could undermine our shared security platforms and infrastructures.”
The Pakistani armed forces possess 76 American-supplied F-16s – by far the most potent fighter jet in its military arsenal. Pakistan first began receiving the plane in 1982 and maintains them under strict rules imposed by the State Department, the Department of Defense and Congress.
Among the rules are that Islamabad may only house the fighters and the corresponding American missiles on two specific air force bases at Mushaf and Shahbaz and that it only uses them for counter-terror operations, not against foreign countries.