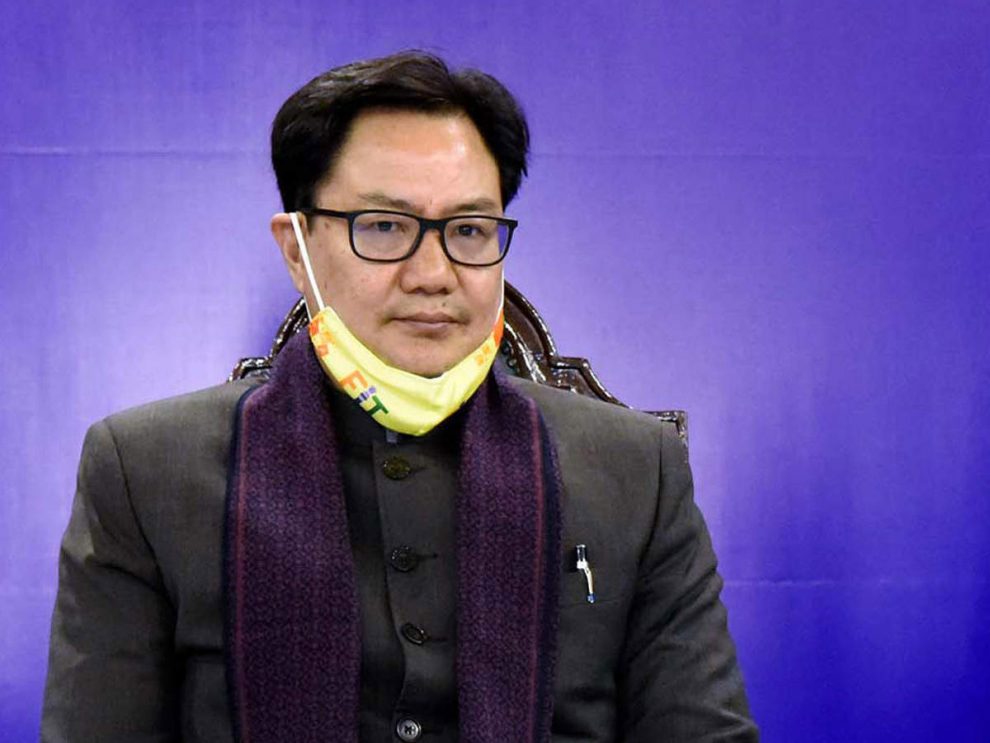 Kiren Rijiju, the Union Minister for Youth Affairs and Sports on Sunday said that the Indian Olympic contingent is heading to Tokyo to win, not just for token presence.

Tokyo Olympics were slated to be held last year, but were postponed due to the COVID-19 pandemic, and now it will be held from July 23-August 8 this year. Over 110 athletes from India have so far qualified for the Games and the final number should be between 120 to 130.

Rijiju’s remarks came after Prime Minister Narendra Modi during his monthly radio programme “Mann Ki Baat” lauded the athletes and he urged the entire country to get behind all athletes who will head to Tokyo to bring back laurels.

“It was very heartwarming listening to the Prime minister’s Mann Ki Baat today because for the first time India has a Prime Minister who is personally and keenly supporting and encouraging the players. He has looked after every detail about the well-being of the athletes. I am very proud as a Sports Minister of India that we have such a Prime Minister who is leading from the front and I am also very confident that India will do better in this Tokyo Olympics because our standards are world-class, our athletes are able to participate and compete with the best in the world,” Rijiju told ANI.

“We are going to Tokyo Olympics, not for token presence but we are going there to win. Medals is a very tricky situation in the Olympics you can’t really predict when you have the best of the athletes from all over the world to come together and complete, but I am definitely and confidently saying that India is very much there to compete and to win, we have the potential to win the medals, that is the level of standards in Indian sports now. We are very confident that we should be able to give best ever Olympics performance in Tokyo Olympics,” he added.

Talking about qualification in new disciplines for the upcoming Tokyo Games, Rijiju said: “This is something which we have to cherish, the past Olympics India used to represent in very limited numbers of sporting disciplines but now we are going in large numbers of sporting disciplines. India has a very strong presence in boxing, wrestling, hockey swimming, fencing, table tennis, lawn tennis, badminton. We are going in some of the traditional sports also and some of the sports which were not very popular in our country but now it’s becoming popular, this is all because of the way we have prepared, the hard work which our athletes have done and technical team, the coaches and trainers.”

Prime Minister Narendra Modi on Sunday urged the nation to come forward and support all the athletes who would be heading to the Tokyo Olympics to make the country proud. “Every athlete who will be going to Tokyo Olympics has had to struggle, they have worked hard for a long time. They are just not going to the Games for themselves, but they are heading to Tokyo to make the country proud. They have to win over people’s hearts and they need to make everyone in the nation feel proud. I want to urge the citizens of our country to not increase pressure on our athletes, rather you need to motivate them,” said PM Modi during his monthly radio programme “Mann Ki Baat”.

“You can send good wishes to our athletes by posting messages on social media using the hashtag #Cheer4India. If you want to do something more innovative, then you can do that also. If you get an idea of how we can motivate our athletes together as a country, then you send that to me as well. We will together support our Olympic-bound contingent,” he added.