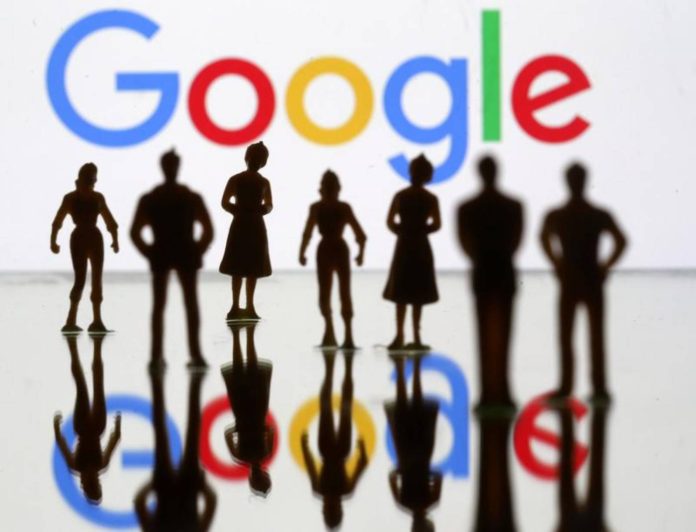 NEW YORK: U.S. companies are showing a surge of interest in hiring Black employees, a trend linked to the Black Lives Matter movement that raises questions of whether it marks a lasting change in diversity of the U.S. workforce, experts say.

An influx of inquiries has been coming from companies eager to fill positions with Black employees, according to professional groups, while companies are making promises to build staffs whose demographics reflect the population.

The National Society of Black Engineers (NSBE), the National Black MBA Association (NBMBAA) and Blacks In Technology all said calls from companies looking to hire their members have “tripled” in recent weeks.

“This is a watershed moment, a moment that will not be reversed,” said Karl Reid, NSBE executive director.

“The kinds of conversations I’m having with white men, I couldn’t imagine having even six months ago or even frankly four months ago.”

The rising interest in hiring Black talent comes in the wake of protests for racial equity sparked by the death of George Floyd in police custody in Minneapolis on May 25.

Among the biggest companies, Adidas promised in June that 30% of all new positions would be filled with Black and Latino workers over the next five years.

Alphabet’s Google said 30% of leadership positions would be filled with employees from underrepresented groups by 2025.

Last week, a group of executives from 27 banks, tech companies and consulting firms – including Amazon, Goldman Sachs and JPMorgan Chase – vowed to hire 100,000 people from low-income Black, Latino and Asian communities by 2030.

But Bruce Thompson, NBMBAA’s interim CEO, and other heads of professional groups said they were skeptical that efforts would be enough to achieve racial equity in the U.S. workforce. “Is this a flash in the pan or is it more permanent change?” said Thompson.

“Goodness knows the history of racism in America is a very, very long one – it’s had many ups an downs and it remains to be see if this is truly a sign of lasting change.”

In July, Black unemployment rose to 14.6%, government data showed, while the joblessness rate for whites was 9.2%, the widest gap between Black and white Americans in five years, according to the U.S. Labor Department.

Along with facing racist hiring practices, Black Americans have been historically barred from the highest paying jobs.

Data from the U.S. Equal Employment Opportunity Commission shows that of the roughly 900,000 people holding top-paying jobs across the country, about 3% were Black, while the Black population is about 13%.

“The systems have been in place and folks don’t want to challenge them,” said Marvin Owens Jr., senior director of the economic department of the National Association for the Advancement of Colored People (NAACP), a civil rights group.

He allowed that interest in Black hiring was a “good sign” but little more.

“Show us the numbers,” said Gregory Greenlee, founder of Blacks In Technology. Companies need to prove that Black hiring is more than an afterthought, he said.

No official figures are available to show how much companies have sought out Black hires recently or how many new Black hires have been made.

Yet interest may be higher than it appears, experts said, with the coronavirus hindering outreach efforts.

“You have that factor overlaying all of this and to some degree dampening what may otherwise be genuine interest in building out a more diverse workforce,” said Thompson.

But Thompson said he welcomed attention to Black hiring as the country looks closely at its racist practices.

“Given where we are, one would hope there’s something good that can come out of this,” he said.

Jammu & Kashmir The Dispatch Staff - September 28, 2020
The government is celebrating the fourth anniversary of the surgical strikes on Monday. The strikes against the terror groups were carried out...

Newsfeed The Dispatch Staff - September 27, 2020
The central government will celebrate the fourth anniversary of 2016’s surgical strikes against terrorist camps in Pakistan Occupied Kashmir by the Indian...

Newsfeed The Dispatch Staff - September 27, 2020
Leh: An influential organisation of Ladakh Sunday withdrew its call for a boycott of the Ladakh Autonomous Hill Development Council polls in...