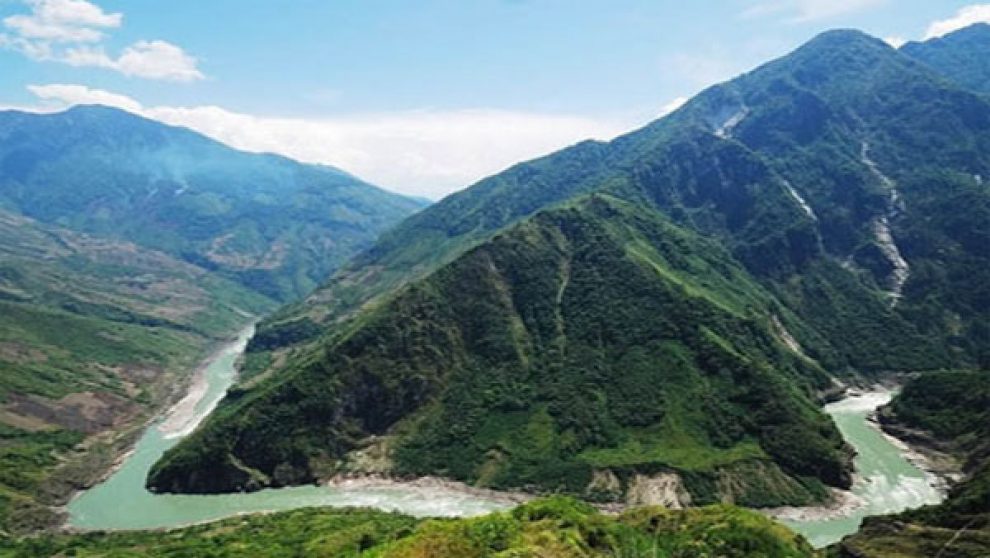 For those obstinately wanting to stop using the term “Central government” even casually and   replace it with special efforts with the term “Union government”, though nobody is opposing and Constitution speaks only of “Union of States”, the real state of unity among the units of the Union must be a cause of worry. They  are  not  keen on promoting inter-State cooperation and collaboration for mutual progress and amicable settlement of any differences and frequently go to courts for legal settlement of even trifling issues. Cauvery Rights Retrieval Committee in Tamil Nadu tried to burn the effigies of Karnataka Chief Minister. Perhaps a friendly gesture between two neighbours of the “Union of States”!

Disputes over sharing water among riparian States is the outstanding issue that divides   concerned States and provokes manifestation of state loyalty unbecoming of the “Union of  States”. Worse still is the importance of State borders between two States speaking the same language and were till recently part of one State. Readiness to adopt a policy of “give and take”,   indispensable for unity and integration, is missing in inter-State water relations.

There are about 25 major river basins in India with most rivers running across many States.  Regulation and development of Inter-State rivers is in the Union List (No.56) in  the Constitution  and “water”, i.e. water supplies, irrigation and canals, drainage, storage and power in the State List  (No.17). Role of Union comes in entry 20 in the Concurrent List on Economic and  Social Planning.

Tamil Nadu, which has water disputes with all its neighbours, has been loudly opposing  construction of Mekedatu Dam by Karnataka over Cauvery and has ruled out any negotiations over the issue putting trust in legal settlement. Karnataka has approached the Supreme Court staking claim to 91 tmc ft of surplus water annually in the Cauvery basin while opposing the  Cauvery-Vaigai-Gundar (CVG) link project planned by Tamil Nadu for transferring 45 tmc ft of surplus water annually. This Link Project would compel Karnataka to make an advance commitment to transfer the surplus water. Karnataka CM has also stated that the State would go ahead with construction of Mekedatu Dam irrespective of the opposition from TN,  Kerala, and  Puducherry —  an  outstanding case of disunity among States.

Tamil Nadu Chief Minister has ruled out any scope for negotiations on this issue or any  need for talks with the other two affected States to take on Karnataka. All legislature parties in TN, including the BJP, unanimously passed a resolution in the Assembly urging the Union Government not to accord permission to Karnataka for building a dam across the Cauvery at Mekedatu, which is just 4 km. from inter-State border. Though Karnataka is a BJP-ruled State,  BJP Party in Tamil Nadu has to exhibit State loyalty for survival.

The Central Water Commission (CWC) considered the feasibility report of the dam and granted permission to Karnataka to prepare the Detailed Project Report. Tamil Nadu has responded to this immediately by filing a contempt petition against the CWC and Karnataka in the Supreme Court. Both sides are hoping for Government of India support to their stand. The Centre will hear both parties and wait for the apex court decision to decide on the matter.

Between AP and Telangana, two projects – Srisailam and Nagarjunasagar –are under dispute  leading to constitution of boards for Godavari and Krishna basins for administration, regulation,  maintenance and operation of projects in the river basins in the two States which are the main parts of Visalandhra for which many leaders were willing to sacrifice their lives. States  Reorganisation Commission (1956) considered bringing the two basins of Godavari and Krishna under a unified control and recommended formation of a united AP. A major point on which the  Telangana Movement thrived was allegations of uneven distribution of river waters. Such is the  power of water rising above language affinity.

AP has moved the Supreme Court over the “unjust usage” of Krishna river water by upper riparian state of Telangana in “contravention of the directions” of Krishna River Management  Board (KRMB) and violating the water allocation by Bachavat Tribunal.

Palar that starts in Karnataka flows through the dry areas of Rayalaseema in AP and enters TN  with little water. AP has increased the height of a check dam on their side of the river once in  2014 and again commenced work in 2019 for further increase in height which TN considers to be  a violation of a 30-year-old agreement  between Mysore State and then Madras Presidency.

A dispute over Mahadayi river between Goa, Karnataka, and Maharashtra was taken to court as the report of the tribunal set up to resolve the issue was not accepted by the parties.

River water disputes are not confined to South India. Comparatively water rich States in  northern and eastern India also face similar problems when the interests of two or more States are involved.

Construction of Sutlej-Yamuna Link (SYL) canal is cause for dispute between Punjab and  Haryana showing that States cannot unite by their own volition though these two were united as one till 1966. Punjab unilaterally terminated water sharing agreements pertaining to rivers Ravi  and Beas with other States in 2004 which was set aside by the Supreme Court. Infuriated Punjab Government vowed not to release “a single drop of Water” to Haryana. It is reported that   Punjab Chief Minister then said, “My government will not accept the ruling of any court on sharing of river water via SYL canal and Punjab is ready for any sacrifice for this”. Punjab  demanded royalty for Sutlej water from non-riparian States — Haryana, Rajasthan, and Delhi.    Haryana told  the Delhi  Government to dig its own canal to take its  share  of water to Delhi.

States behave like warring groups in sharing river water. It provoked a Bench of the SC to remind them to stick to the basic principle that a “State cannot, through legislation, do an act in  conflict with the judgement of the highest court which has attained finality”.

Even within a linguistic State water disputes are common. A group of farmers in Theni district in  western Tamil Nadu are protesting against Madurai Corporation’s project to draw drinking   water from Mullaperiyar Dam. It reflects the state of unity between districts within a unit of the  Union of  States.

Any compromise is seen as an infringement of a State’s rights and betrayal of the interests of one’s State. The contending State is seen as an adversary and not a friendly neighbour with  whom the available natural resource is to be shared. Water sharing is a contentious issue for drawing water from a public tap by nearby residents as well as for sharing a common river  water.

In water disputes, no State is willing to concede even a single point to the opponent State though the concept of cooperative federalism is widely accepted as most advantageous to unite this multi-lingual country. It shows the quality of cooperative federalism working in India. We have  to  evolve suitable approaches to strengthen unity among the units of Indian Union as a matter of utmost urgency.