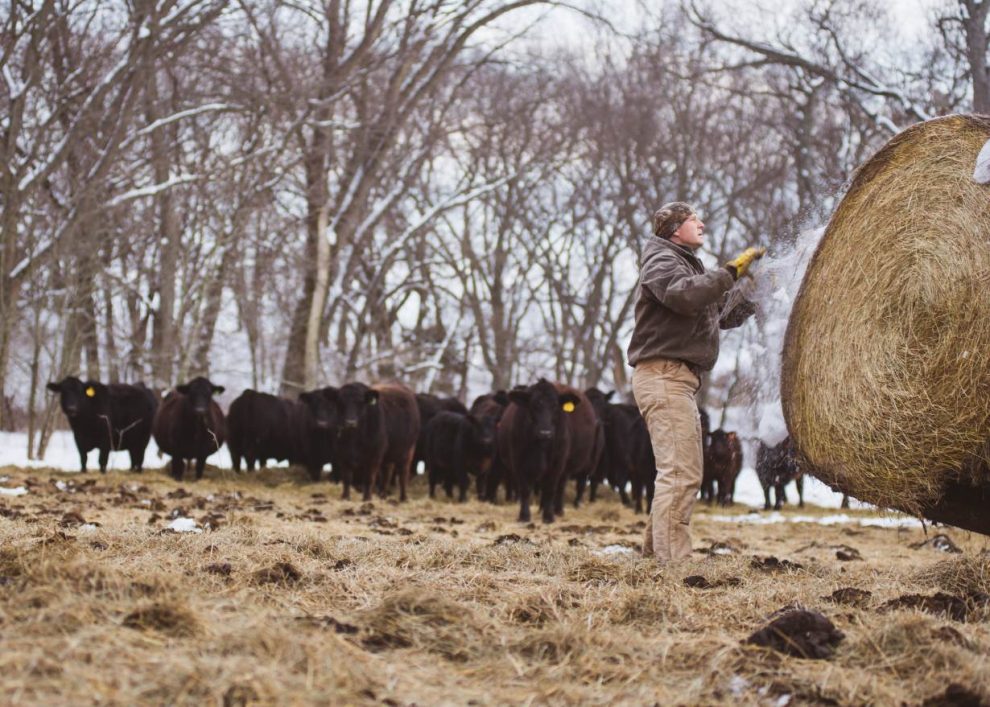 Garrett Riekhof’s family has farmed crops like corn and soybeans near the Missouri town of Higginsville since his ancestors arrived there from Germany over a century ago.

“I’m still farming that exact piece of dirt,” the 39-year-old, a fifth-generation Midwestern farmer, told the Thomson Reuters Foundation. “If that’s not sustainable, I need somebody to teach me why it’s not.”

President Joe Biden’s administration has said it aims to make U.S. farming greener as a key part of its broader push to swiftly curb planet-heating emissions and avoid the worst impacts of climate change.

“I think agriculture is probably the first and best way to begin getting some wins in this climate area,” Tom Vilsack, Biden’s new secretary of the U.S. Department of Agriculture (USDA), said during his confirmation hearing in February.

Agricultural production accounts for approximately 10% of climate-changing emissions in the United States – and those will need to fall if the nation is to meet its pledge of net-zero emissions by 2050.

Vilsack plans to give farmers incentives to make the cuts using subsidies from the USDA’s Commodity Credit Corporation (CCC), a $30-billion-a-year fund that President Trump tapped into to support farmers hit by trade wars he launched.

But Biden’s team will need to persuade farmers, most of whom do not support him politically, of the benefits of making the shifts.

According to a poll last October by the trade publication Farm Journal, 85% of 1,311 farmers surveyed suggested they would vote for Trump, who had no national plan to deal with climate change.

Asked about their willingness to make climate-friendly changes, many farmers are quick to point out they have already moved to better protect soils and cut fertilizer use.

Brian Harbage, a seventh-generation livestock and crop farmer in Clark County, Ohio, said he adopted “no till” agriculture nearly three decades ago, when he took over the farm from his father.

“We embraced it from day one,” said Harbage, pointing to the savings it has produced in labor and fuel. “I just felt like the value was there.”

Harbage, who has farmed for 28 years, said he also uses “precision agriculture” techniques, such as targeting fossil-fuel-based fertilizer only where it is most needed, cutting both the amount applied and the diesel fuel needed to apply it.

Crop and livestock production increased by around 30% from 1997 to 2017 while climate-changing emissions from agriculture rose by only 7%, researchers at the think-tank said.

But farmers say further cuts will be harder to make.

Planting “cover crops” – such as clover or other plants that boost nutrients in soil – on fields during the winter, after the main crop is harvested, could soak up more carbon emissions and boost soil nutrients, farm experts say.

But Harbage said he rarely uses them as part of the rotation on his fields because of the added cost and logistical challenges.

He is not alone. According to the 2017 U.S. Census of Agriculture, cover crops were grown on only 3.9% of croplands.

The equipment needed for greener farming can also be prohibitively expensive for farmers, in an industry where buying a new combine harvester costs hundreds of thousands of dollars, said Garrett Hawkins, president of the Missouri Farm Bureau.

“You can’t just change, trade in or purchase new equipment just at the snap of your fingers,” the cattle farmer said.

Hawkins said farmers are open to incentives to make green shifts in their practices, but efforts to introduce tighter regulations would meet strong opposition.

“We can continue to make positive impacts, we can sequester carbon – (but), at the same time, don’t tie our hands with unnecessary regulation,” he urged.

To help pay for green incentives for farmers, Vilsack has said he aims to establish a carbon market where polluting companies could invest in farm adaptation to offset their emissions.

But without much regulation of that market, it’s “a bit like the Wild West right now,” she said. If a “carbon bank” was established, it could provide more certainty and stability for both farmers and investors in farm emissions cuts, she said.

Irwin said Biden’s administration should cap the emissions of carbon-polluting companies to force them to pay for things like greener farming practices.

Otherwise, such financial flows would be “relying on the voluntary demand of large companies trying to do the right thing,” she said.

Farmers may increasingly have their own reasons for trying to cut emissions as well – including the more extreme weather and shifts in planting and harvesting seasons that many already see happening.

Only 18%, however, think “it is caused mostly by human activities” – a view at odds with a global scientific consensus that people are the chief driver of the problem.

“My personal opinions are that our climate has changed since the evolution of the world,” said Riekhof in Missouri.

Still, he has noticed what he calls “global weirding” events, such as short hot- and cold-weather snaps and more extreme rain.

That should include public funding for both research and technical support to help farmers take up new ideas, she said.

“The key here is making sure we have an array of tools and options for farmers,” she said, noting that for many farmers, adopting something new “takes folks seeing it work elsewhere.”

Because trying new ideas always involves some level of risk, and implementing them takes time, farmers “are somewhat resistant to change,” he admitted.