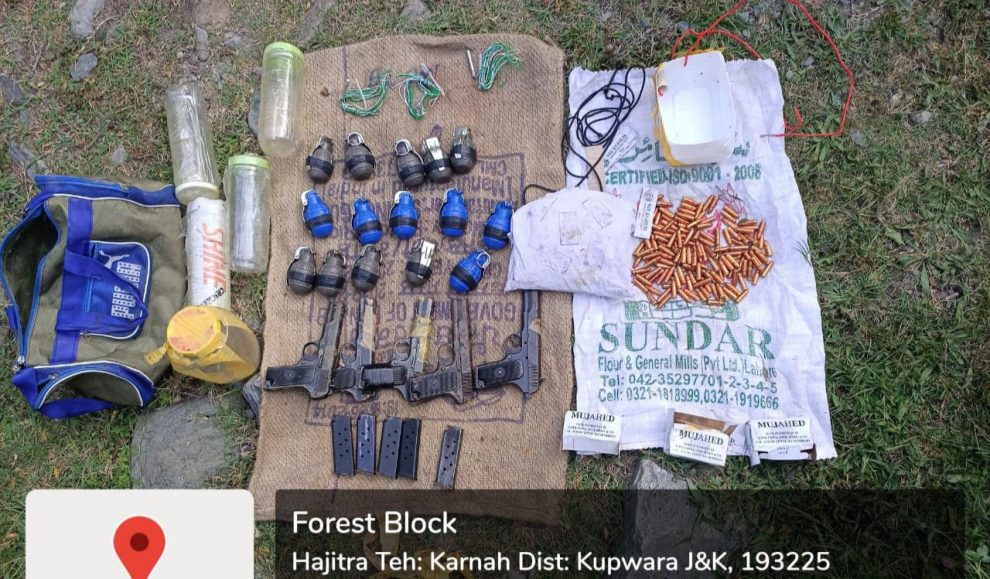 KUPWARA: The security forces on Thursday claimed to have recovered warlike stores and Narcotics in Hajitra Tadd village near the Line of Control in Karnah sector of North Kashmir’s Kupwara district.

The official told that today morning security forces launched a search operation in the area based on a specific input. They said that during the operation arms, ammunition and Narcotics, which include 15 Grenades, 3 Detonators, 5 Pistols with ammunition and a packet of Heroine were recovered.