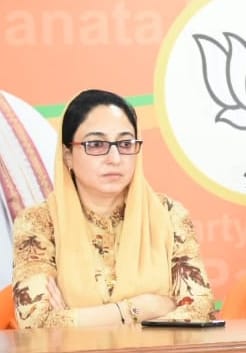 SRINAGAR: Chairperson Waqf Board, Dr. Darakhshah Andrabi on Saturday said that the Board has decided to introduce an online system for donations.

She also said Waqf would soon construct a cancer hospital in Jammu and Kashmir.

Andrabi told reporters that the donations are part of ‘Baitulmaal’, adding that “we won’t allow any disloyalty with the donations by people.”

She said that Waqf will soon start an online system for donations and the deliberations with J&K Bank over the issue is going on.

She further added that a cancer hospital will also come up in Jammu and Kashmir soon, saying that the income will be generated from the assets, which will be used to build a hospital—(KNO)