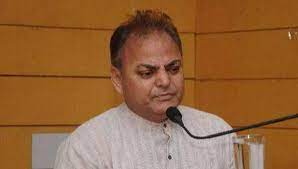 JAMMU: Jammu and Kashmir police on Saturday arrested a former minister, Jatinder Singh @ Babu Singh in a case pertaining to Hawala money in the Union Territory.

The name of a former minister from Kathua surfaced in this case when police arrested a man from Kashmir along with some Hawala money, however, the former minister was on run since then.

“Multiple attempts were made to intercept and arrest the former minister but he kept on evading arrest,” said a senior officer of Jammu police. He added that a team of Jammu police along with Kathua police managed to arrest him now. “He has been arrested with the help of Kathua police and now the further investigation is going on,” he added—(KNO)