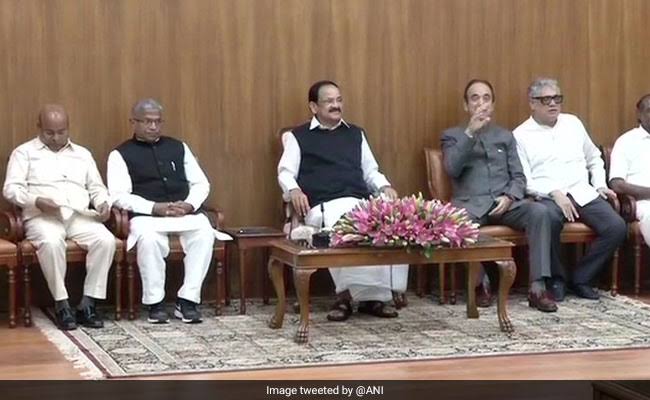 Ahead of the commencement of Winter Session of Parliament, Rajya Sabha Chairman and Vice-President M Venkaiah Naidu met the floor leaders on Sunday.
Earlier today, BJP Parliamentary Executive Committee meeting concluded at Parliament library building a day before the commencement of the session. This comes after the all-party meeting called by Parliamentary Affairs Minister Pralhad Joshi earlier today has concluded.
On Saturday, an all-party meet was convened by Lok Sabha Speaker Om Birla ahead of the winter session in an effort to ensure the smooth functioning of the House.
It will be the second session since Prime Minister Narendra Modi returned to the office with a bigger majority for a second successive term.