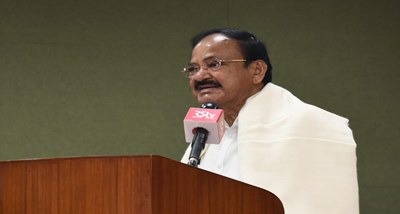 The Vice President called for bringing effective synergy between traditional knowledge and state-of-art technology. Mr Naidu expressed happiness that agriculture is one sector that has done well during this pandemic.