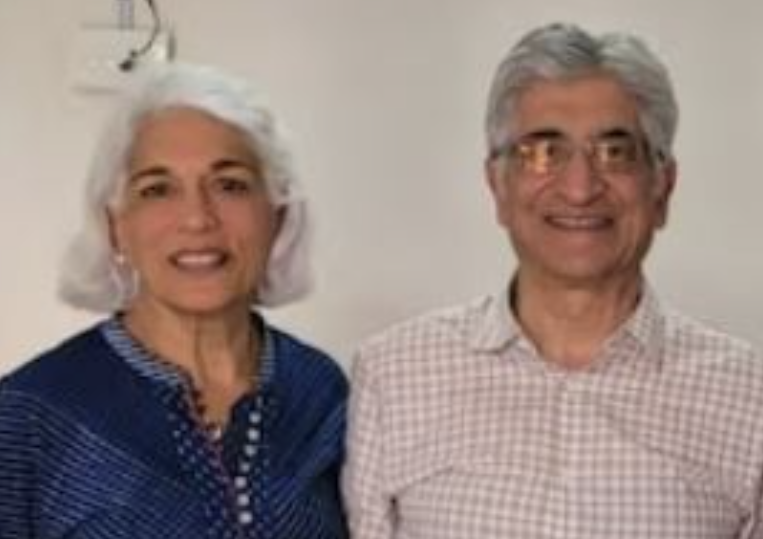 JAMMU: A month before Boris Johnson resigned as the prime minister of United Kingdom, plunging his country into a chaotic political state, his potential successor Rishi Sunak’s parents were in Trikuta hills, offering prayers at Shri Mata Vaishno Devi shrine.

It was Rishi Sunak’s sudden decision to quit as Boris Johnson’s finance minister in July this year, that had set of a wave of resignations from fellow MPs, ultimately forcing Johnson to resign as the PM. Sunak was the favourite to take over from Johnson, but lost to Lizz Truss during the conservative party leadership contest spread over six rounds.

Yashvir Sunak- a celebrated doctor and Usha Sunak- a noted pharmacist, visited Shri Mata Vaishno Devi shrine in the middle of June this year and offered their prayers before the Goddess. It was not, however, known to anyone locally that their son is headed to spark pride and joy in India by becoming Prime Minister of United Kingdom, four months later.

Truss had to resign too, after only 45 days in office, amid mounting chaos at the heart of the UK government, leaving the door open to Sunak. A week earlier, the United Kingdom got its first ever non-white Prime Minister in Sunak, first of Indian descent, and third in 2022.

Much before this entire drama unfolded, Sunak’s parents were in Jammu at Shri Mata Vaishno Devi shrine in the holy town of Katra.  While the purpose of their arrival in Jammu is open to anyone’s guess, The Dispatch came to know about their visit, when Anshul Garg, Chief Executive Officer, Shri Mata Vaishno Devi Shrine Board tweeted a photograph with Yashvir and Usha Sunak.

Many Congratulations to the proud parents as their son @RishiSunak is all set to be the next Prime Minister of UK on the auspicious occasion of #Diwali ; Another momentous event as #AzadiKaAmritMahotsav festivities continue across the country and now globally as well. pic.twitter.com/NUfy0NZyjD

Garg confirmed to The Dispatch that Sunaks had come on a private visit to offers prayers at the revered shrine.

Yashvir Sunak, is a well-known doctor, medical practitioner, celebrity parent, and media face. He was born and raised in the Colony and Protectorate of Kenya (present-day Kenya) to Ramdas Sunak, a clerk, and Suhag Rani Sunak in Kenya in 1950s. Both, Ramdas and Suhag Rani belonged to Punjab region of the undivided India.

In 1970s, Yashvir moved to England, United Kingdom with his family for better career options. He has served as general practitioner in Southampton for the National Health Service for many years.

Usha Sunak, is a pharmacist by profession and has her own pharmacy in the region. Usha was born in Tanganyika, now a part of Tanzania, to Raghubir Berry, a native from Ludhiana in Punjab. Not much is known about her mother, Srakhsa Berry.

Besides Rishi, Sunaks have two other children in Sanjay, a doctor in Psychology and Raakhi, currently serving as Chief of Strategy and Planning and the United Nations global fund.

Ensure no children is left out of routine immunization: Vishesh to officers
MoS Gen Singh instructs executing agencies to stick to timeline and ensure completion of NH244
Comment