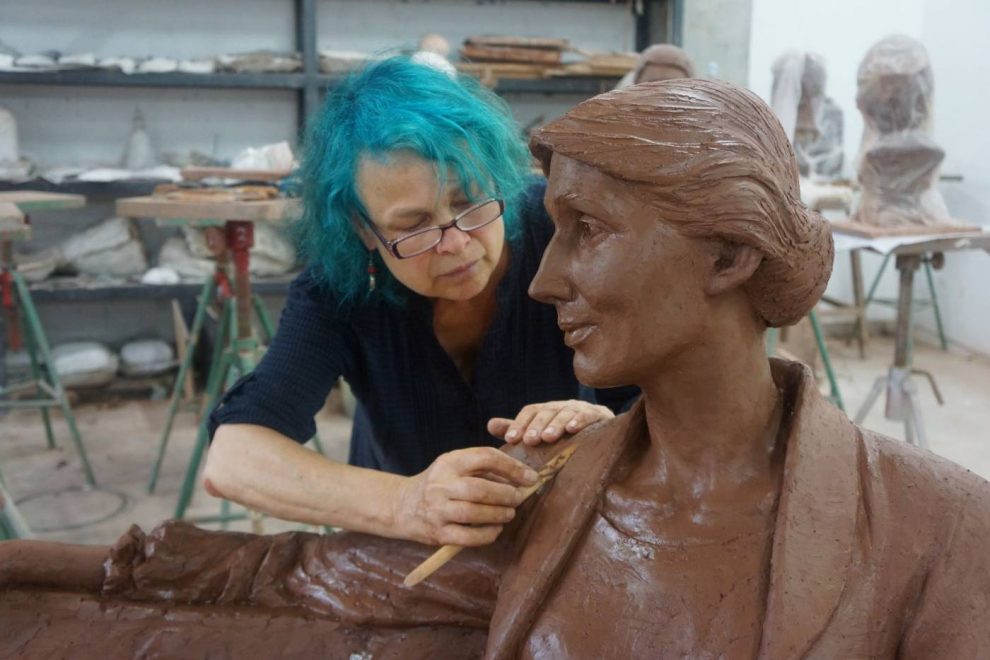 LONDON: Donations to a fundraising campaign to install a statue of writer Virginia Woolf in London have poured in this week following a furore over a nude tribute unveiled to another feminist trailblazer in the British capital, organisers said.

The fundraiser has received thousands of pounds from supporters since the statue of Mary Wollstonecraft was unveiled on Tuesday, sparking fierce criticism over the decision to celebrate the rights campaigner with a nude.

“It’s been wonderful that we have managed to get some momentum going on the back of this controversy,” said the Woolf campaign organiser Cheryl Robson, from arts organisation Aurora Metro Arts.

She said it was “shocking” that Britain had no full-sized statue to Woolf, describing her as a “total pioneer”.

Only about a sixth of Britain’s public statues represent women, according to research by charity The National Trust in 2018, which found there were more figures of goats than everyday women on display nationwide.

Robson first set up the fundraiser three years ago, aiming to install a statue of a smiling Woolf, sitting on a park bench in the suburb of Richmond where the writer lived for a decade.

Laury Dizengremel, the sculptor commissioned to create the statue, said it was “fantastic” to see the boost in interest but she regretted the circumstances.

“Virginia Woolf … was an incredibly wise, witty, insightful woman who has inspired generations of women,” she told the Thomson Reuters Foundation phone.

“Hopefully this will ride a wave of positivity going forward and a momentum is going to get built that isn’t just based on controversy,” she said. “Virginia Woolf and Mary Wollstonecraft both deserve great tributes.”