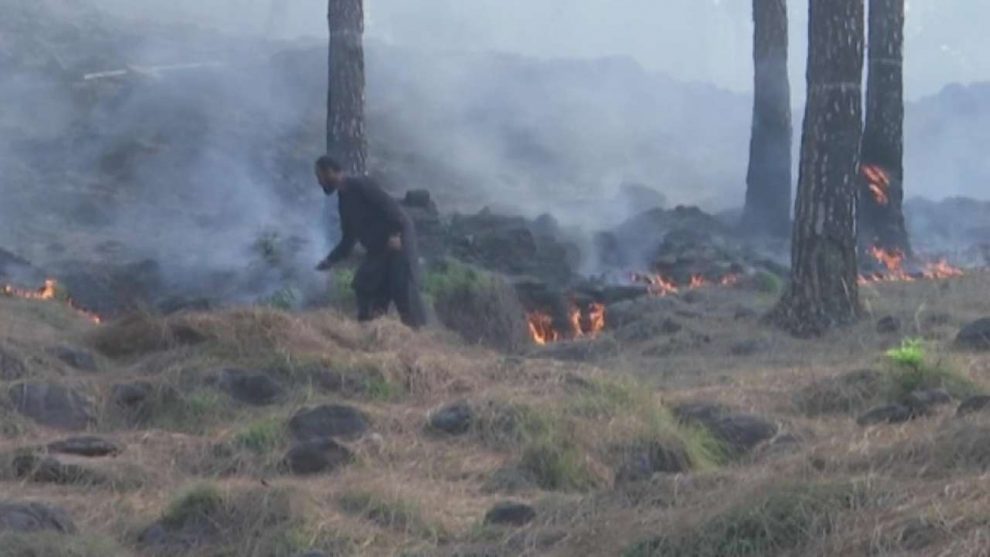 UDHAMPUR: A forest fire broke out in the Udhampur district of Jammu and Kashmir on Saturday morning.

Range Officer, said that the fire was doused off earlier, but some miscreants lit the fire again in the forest. “We got the information about the forest fire in the forest area in the morning. It was controlled by 10:30 am but after some locals set fire again. The name of the accused has been sent to Sub-Divisional Magistrate,” said Ayush Gupta, Dudu Range Officer.

The officer further informed that State Disaster Relief Force (SDRF) has also joined in the rescue operation to douse off the fire.

Locals who are helping the authorities douse off the fire said that “fire is reaching near our village. We tried to control it, but it is spreading due to wind.” Villagers are fearful for the security of their lives and houses. “Everybody is panicking; we live nearby the forest area. If it is not controlled in time it might enter the villages, even in the residential areas,” said a local. A rescue operation is underway. More details are awaited. (ANI)