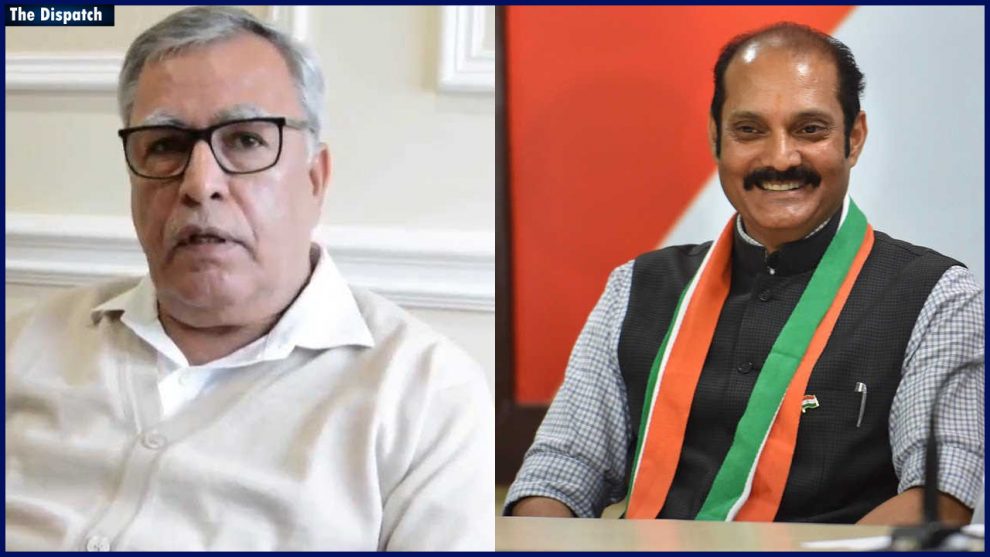 “My position on critical issues vis-à-vis J&K which reflect national interests do not align with that of Congress. The party remains disconnected from ground realities,” Singh tweeted.

In October 2017, he resigned as member of Legislative council and PDP over issue of holiday on the birthday of his grandfather Maharaja Hari Singh. He later joined Indian National Congress.

He was Lok Sabha INC candidate from Udhampur Loksabha constituency in 2019 where he lost to Dr Jitendra Singh of BJP.

Farooq Khan had submitted his resignation to MHA on Sunday evening

Sources told The Dispatch that Khan submitted his resignation after discussions with top BJP leadership. Khan is likely to be given an important political assignment in view of Assembly elections in J&K.

As advisor, his official role is related to “food civil supplies and consumer affairs, social welfare, tribal affairs, labour and employment, youth services and sports, election and Haj and Auqaf” among other things.

Khan was also served as 32nd Administrator of the Union Territory of Lakshadweep between September 2016 and July 2019.

Khan is a recipient of the President’s medals for gallantry, bravery and distinguished service. He has also been given commendations by the Indian Army and other agencies.