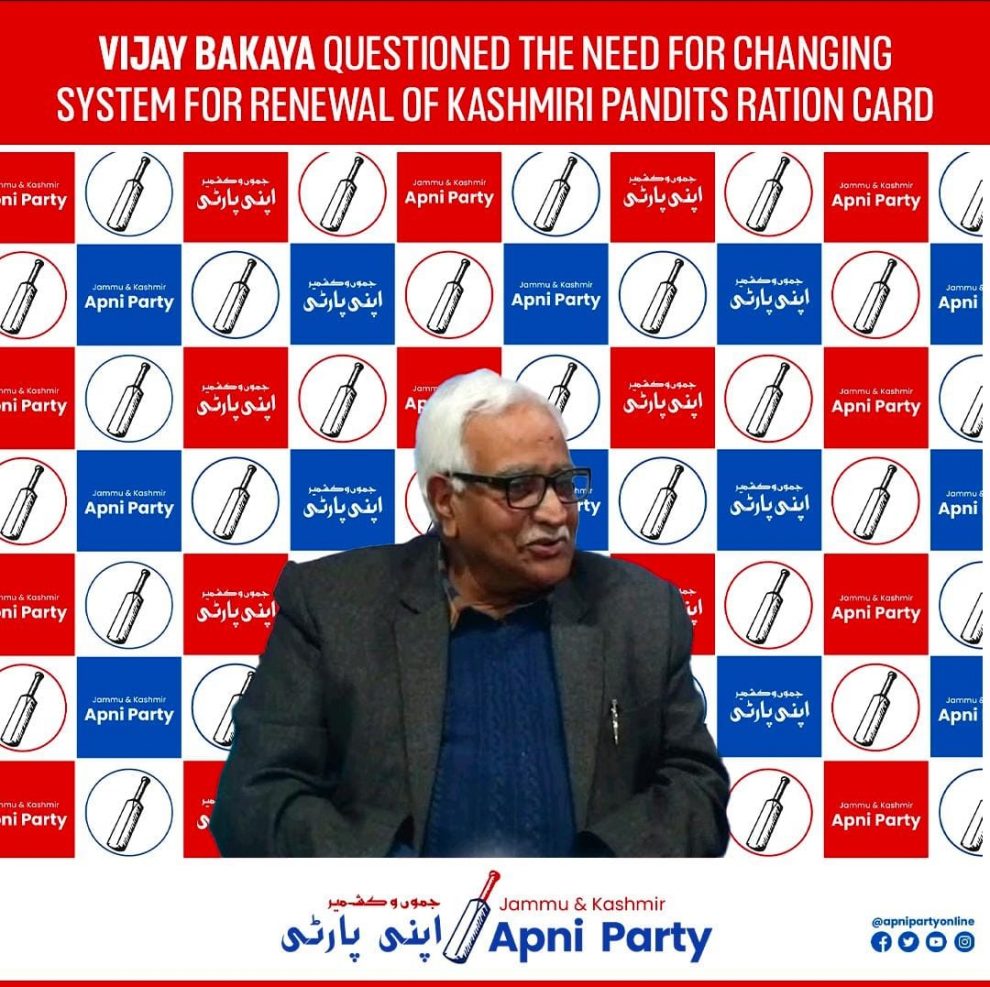 Bakaya, while talking to a delegation of Kashmiri Pandits who are the ration card holders, agreed that the Relief Commissioner”s office while apparently intending to streamline existing procedure, was replacing it with an unnecessarily cumbersome process which was making a simple act of renewing a ration card a means of harrassment.

Bakaya reminded the Relief Organization that time tested systems should not be disturbed on whims and fancy. He hoped that renewal would continue to happen in the zones as heretofore and not in the Relief Commissioners office as now being proposed. Day to day living has to be made easy and not difficult for the migrants , Bakaya said.