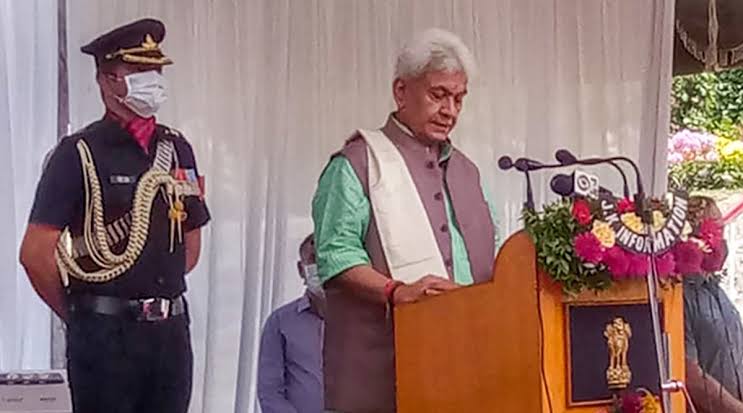 Jammu: Lieutenant Governor, Manoj Sinha paid tribute to the martyrs who laid down their lives for the Nation during the 1971 war. The day commemorates the historic victory of Indian Armed Forces and the indomitable spirit of the brave soldiers.

In his message, the Lt Governor said- “On Vijay Diwas, let us remember the valour of our soldiers and their unwavering commitment to defend India’s sovereignty and protect human dignity”.

We are eternally indebted to our brave soldiers for their courage and selfless service to the nation for protecting our frontiers from the enemies and maintaining peace in the country, he added.

“I salute our gallant soldiers for their exemplary courage and supreme sacrifice to gain a decisive victory for our Nation in the 1971 war”, said the Lt Governor.