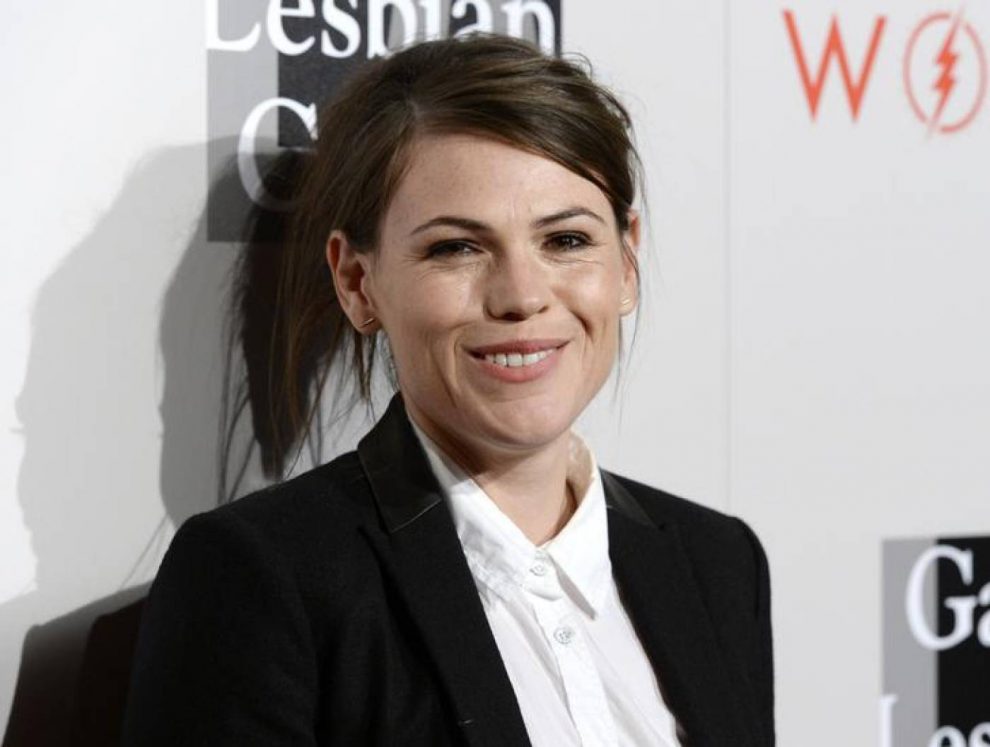 TORONTO: A romantic comedy set in snow-covered suburbia, “Happiest Season” has the look and feel of a classic festive movie – with one big difference: the story centres on a lesbian couple.

“I love holiday movies, but I’ve never really seen my experience represented in them,” DuVall, 43, who is lesbian and one of Hollywood’s leading LGBT+ actors, told the Thomson Reuters Foundation.

“In my lifetime I’ve never seen a movie like this be given the platform that this film has,” she said in an interview. “To see it embraced so much from everyone, not only the LGBTQ community, but just general audiences as well.”

“It really shows streamers and studios and networks that creating content like this is something that audiences are hungry to see.”

DuVall’s second feature film as director stars Kristen Stewart – who is bisexual – as Abby, a young woman in a relationship with Harper, played by Mackenzie Davis.

Harper invites Abby to her family home for Christmas, before revealing on the journey that she has yet to come out to her conservative parents. Abby, her partner of more than a year, reluctantly agrees to pretend to be her straight roommate.

DuVall, who is known for performances from the cult classic “But I’m a Cheerleader” (1999) to the award-winning TV comedy “Veep”, also co-wrote the film, and said her own experiences of growing up gay had inspired the plot and characters.

DuVall came out to her mother on Christmas Day and – like Stewart’s character Abby – often spent the holiday with other people’s families.

“Being closeted is something that’s a very painful experience, and it takes a lot of strength to break out of that,” she said. “I really wanted to tell that story.”

As the pandemic curbs cinema-going worldwide, Sony Pictures sold the U.S. rights of “Happiest Season” to Hulu, where it set an audience record for any original film on its opening weekend, according to a report by Variety magazine.

DuVall said she had wanted to give Abby some back-up from another gay character – inspired by the support she has received from the LGBT+ community in her professional life.

“So often I’m the only queer person on a set,” she said. “If there is another queer person there, I find we’re just drawn to each other like magnets, because there’s a shorthand there, there’s a comfort there.”

Although the movie’s reception has been broadly positive, some LGBT+ critics have said a devastating late twist raked up traumatic memories of coming out. Others criticised Harper’s character for forcing Abby to conceal her sexuality.

DuVall said she can relate to watching a comedy that dredges up tough experiences, recalling the pain of going to see “The Family Stone” (2005) – which features a mother suffering from cancer – a year after her own mother died.

She wanted the film, however, to be “rooted in truth and reality” and not shy away from tricky themes.

“Even though a story is difficult, it doesn’t mean it shouldn’t be told,” she said.

But overall, DuVall said she aimed to make “Happiest Season” feel warm and familiar “like putting on a cozy sweater”.

Boosted by the film’s rapid success, she said she hoped more LGBT+ filmmakers get space to tell their stories.

“This is one of hundreds of thousands of stories that represent a version of the LGBTQ+ experience,” DuVall said.

“I’m really excited to see what movies come next.”