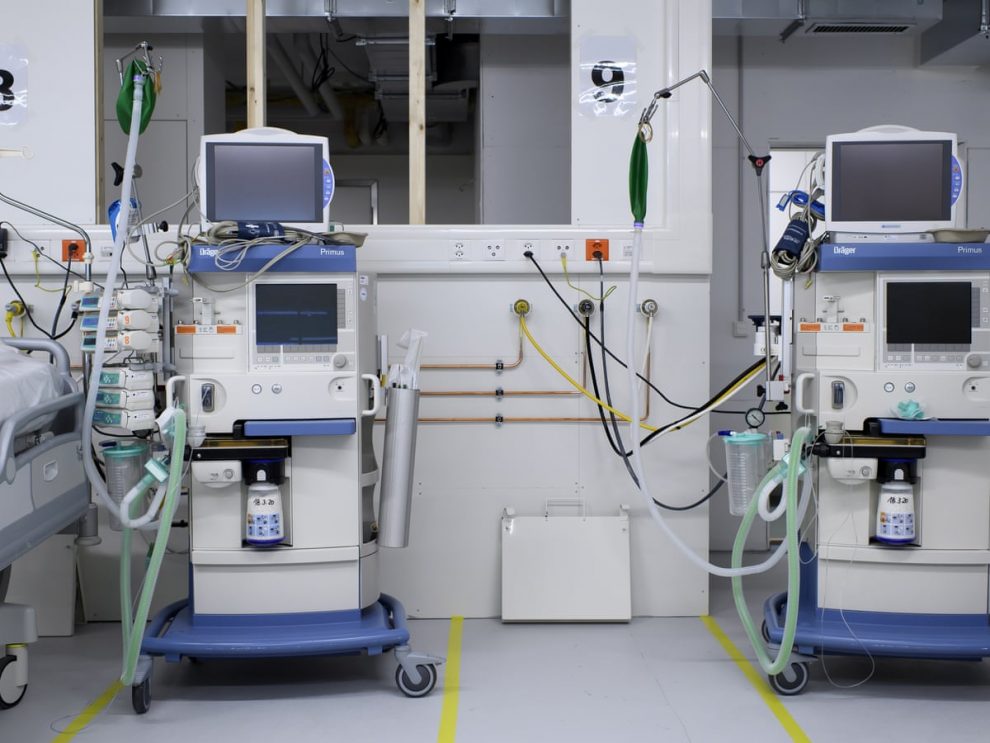 Jammu: The ventilators received under PM care funds are biting dust in Government Medical College and Associated Hospitals  (GMC&H) of Jammu and Kashmir due to inadequate technical staff and oxygen.

“The beds equipped with these ventilators are visible in the official data but no one is being allotted these beds due to unavailability of technical staff and oxygen,’ a report said quoting official sources.

Following the spurt in COVID cases across Jammu and Kashmir, the capacity ICU beds are near to failure to cater the rush of patients as only 20 percent beds are lying vacant in (GMC&AH)

Although ventilators were delivered but other necessary things were not managed.

Neither the staff was trained nor the oxygen generation plant and power facilities were managed.

Although the officials kept repeatedly claiming that all the ventilators were working in the hospitals, but sources in the Department of Health and Medical Education said not all ventilators have been installed.

Medical colleges and associated hospitals currently have around 156 ventilators. Most of these ventilators were purchased from the PM Care Fund. At present, only about a hundred ventilators are working in these hospitals.  Many ventilators have not yet been installed.

Although no hospital administration is willing to admit that they do not have inadequate ventilators but the lack of beds in the ICU to the patients every day is telling the truth.

A day earlier, a 70-year-old woman from Jammu had to struggle for a ventilator for hours when she was referred to GMC Jammu from Gandhinagar Hospital. He later died.

Health director Jammu Dr. Renu Sharma also admits the lack of trained staff but says that we have kept ventilators ready in many hospitals. We are using them

Dr. Satyadev Gupta, former HOD of the Department of Anesthesia at the Government Medical College and having experience of working in ICU for 40 years, says that running a ventilator is not an easy task. This requires trained staff. Expert should be around 24 hours of oxygen supply, electricity supply, anesthesia.

Every patient has to keep oxygen flow according to their infection and disease. Its pressure has to change after every three-four hours.

“ You should have a blood gas analyzer to see how much oxygen or carbon dioxide is in the blood. Not everyone needs a ventilator. Oxygen depends on saturation. Only five percent of patients need it. There is a shortage of specialist staff in Jammu and Kashmir. For this reason ventilators cannot be run everywhere.,”  he said

PSA is GOI’s go to method for every problem in Kashmir: Mehbooba Mufti

Apologise in 24 hours or face legal action: Jitendra’s notice to Vikram Randhawa
J&K govt mulls vaccinating elderly people at home, may become first in country to do so
Comment