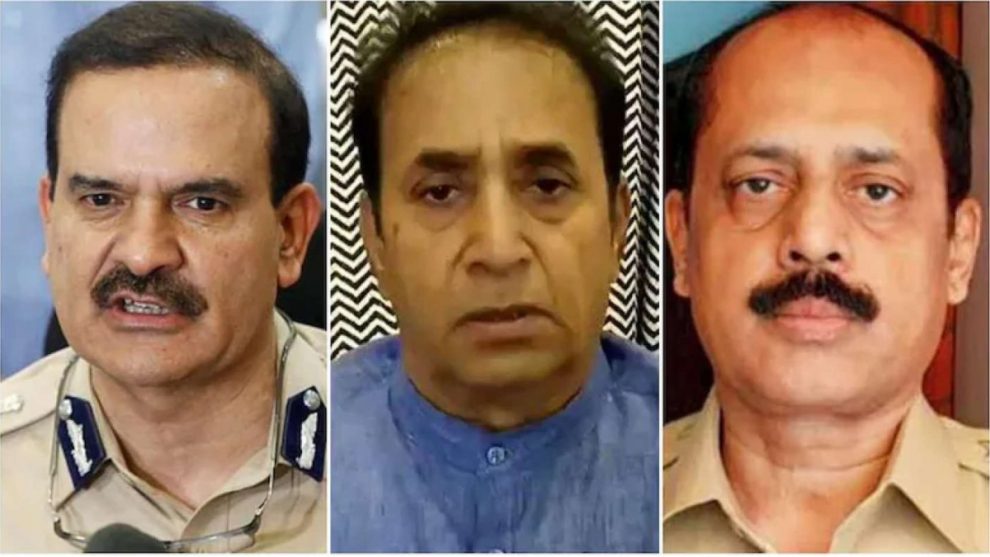 Vaze, who is being probed by the NIA in the Antilia bomb scare-Mansukh Hiren murder cases, was produced by the agency for further custody when he attempted to submit this letter. The court, however, told him to follow the due process and did not accept it.

Vindicating the allegations of former Commissioner of Police Param Bir Singh that Vaze was asked by Deshmukh to collect money from bars in the city, Vaze mentions this aspect in his letter. He says he was called in January 2021 to the minister’s residence Dnyaneshwari. “The minister sir told me that there are approximately 1650 bars and restaurants in Mumbai and told me to collect Rs 3-3.5 lakh each from these for him,” the letter stated. It mentioned that the minister’s PA Kundan was present.

He further says in his letter that he had told the minister he would not be able to collect the money and that it would be beyond his capabilities. Immediately after coming out of the cabin, he says, PA Kundan advised him that he must comply with the minister’s instructions if he wished to keep his job and post intact. Vaze says he had informed the CP about this, and expressed his apprehension that in the future, he may be embroiled in a false controversy. “The honourable CP encouraged me and categorically instructed me not to involve in any such illegal collection of money from anyone and for anyone,” the letter stated.

Another instance mentioned in the letter of Deshmukh engaging in corruption is when Vaze was reinstated in service last year. The letter states that Sharad Pawar had ordered that he be suspended and that Deshmukh had informed this to him on phone from Nagpur and then asked him to pay Rs 2 crore and assured that he will convince Pawar. He said he had expressed his inability to pay such a huge amount and that Deshmukh had told him he could pay later.

Making allegations of corruption on Deputy Chief Minister Ajit Pawar, the letter says that in November last year, he was approached by one Darshan Ghodawat who was very close to Pawar. The letter read, “He explained about illegal gutka and tobacco trade in Maharashtra and gave me phone numbers. The said Mr Godhawat insisted that I should collect a monthly amount of Rs 100 crore from these illegal gutka sellers. I denied to do such an illegal act and the person warned me that I may lose my post again.” The letter went on to state that since the first day of 2021, he started all-out efforts against illegal gutka sellers and crores-worth illegal gutka was seized and action was initiated against the owners of factories too.

“On such action, Mr Ghodawat came to my office and conveyed displeasure expressed by Hon Dy CM Sir to him regarding initiation of action against these manufacturers and insisted on me to ask these manufacturers to meet either him or directly the honourable deputy CM sir.” Vaze said he refused to comply with the directions.

The letter further contains allegations against minister Anil Parab. It said he was called by Parab to his official bungalow in July or August 2020. “At the meeting, the minister Sir asked me to look into the SBUT complaint which was under preliminary enquiry and asked me to bring the trustees of the SBUT to him for negotiation about the enquiry. He also insisted to initiate primary talks to get Rs 50 crore from the SBUT in order to close the said enquiry,” the letter said, adding that again, he had expressed his inability to do this as he did not know anyone from SBUT nor he had control over the inquiry. It added that in January this year, Parab again called him to his official bungalow and asked him to look into fraudulent contractors listed in the BMC and asked him to collect at least Rs 2 crore from 50 such contractors. He said further that the inquiry was upon an anonymous complaint and until his transfer from the Criminal Intelligence Unit (CIU) nothing incriminating was found.

The letter dated 3 April ended stating, “Your honour, I am putting these facts before your honour to get justice for me.”

On Vaze’s allegations, minister Anil Parab said, “So many days have passed, but to malign the image of Uddhav Thackeray, he has made allegations now. Since the past few days, the BJP has been saying they are going to attack one more minister which means this seems to be planned…the BJP already knows about this.”