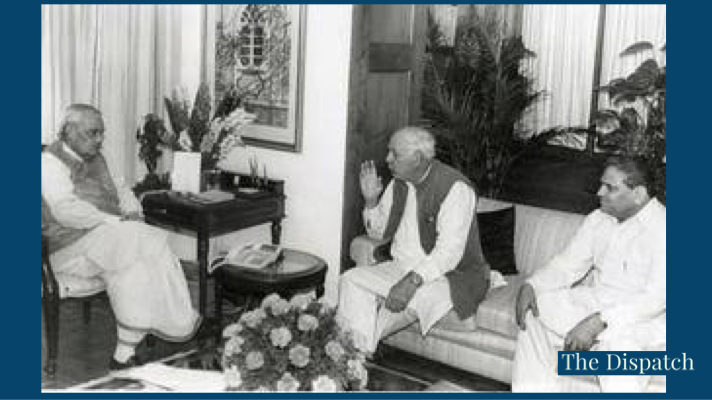 The debate about Jammu and Kashmir’s special and autonomous status has been a continuous one ever since the State’s accession to the Union of India in 1947. In 2000, the National Conference government led by Farooq Abdullah passed an autonomy resolution in the state assembly renewing efforts to get Kashmir the pre-1953 status. The resolution was, however, not accepted by the then NDA government led by prime minister Atal Bihari Vajpayee.

The following is the Union Cabinet’s response to the resolution adopted by the Jammu & Kashmiri State Assembly on June 26, urging that the pre-1953 constitutional position in the State be restored.

The government is committed to the promotion of federal harmony by ensuring a partnership of the Centre and the States as laid down in the National Agenda for Governance of the National Democratic Alliance.

The National Agenda for Governance of the NDA states in no uncertain terms that “there is a clear case for devolution of more financial and administrative powers and functions to the states.” It further says that “suitable steps will be taken to ensure harmonious Centre-State relations in the light of the recommendations of the Sarkaria Commission…” In the last two years, the government had taken several steps in this direction.

The government reaffirms its commitment to continuing its endeavour to evolve a broad consensus on the implementation of steps for wide-ranging devolution of powers to the State that leads to efficiency in administration, acceleration in development and the fullest realisation of the creative potential of all sections of our people. The setting up of a Commission to review the Constitution is also a step in this direction.

In the above context, the Cabinet finds the resolution passed by the State Assembly of Jammu and Kashmir endorsing the report of the State Autonomy Committee unacceptable. The Cabinet feels that the acceptance of this resolution would set the clock back and reverse the natural process of harmonising the aspiration of the people of Jammu and Kashmir with the integrity of the nation.

Most of the recommendations contained in the report of the State Autonomy Committee seek to reverse the application of constitutional provisions to the State of Jammu and Kashmir which may not only adversely affect the interests of the people of the State but would also tantamount to removal of some of the essential safeguards enshrined in our Constitution. Besides, the issue of restoring the constitutional situation in Jammu and Kashmir to its pre-1953 position had been discussed in detail by Sheikh Mohammad Abdullah with Prime Minister Indira Gandhi in 1974-75. It is noteworthy that the agreement signed after these negotiations had affirmed that “provisions of the Constitution of India already applied to the State of Jammu and Kashmir without adaptation or modification are unalterable”.

The Cabinet urges the people and the Government of Jammu and Kashmir to join hands in the endeavour to address the real problems facing the State: to root out insurgency and cross-border terrorism and to ensure accelerated development. The Centre will continue to provide all possible assistance for attaining these objectives.

The cabinet, therefore, decides not to accept the resolution passed by the Jammu and Kashmir Assembly on the report of the State Autonomy Committee. The Government is of the firm conviction that national integration and devolution of powers to States must go together.

Join The Dispatch Whatsapp Group to stay updated
The Dispatch is present across a number of social media platforms. Subscribe to our YouTube channel for exciting videos; join us on Facebook, Intagram and Twitter for quick updates and discussions. We are also available on the Telegram. Follow us on Pinterest for thousands of pictures and graphics. We care to respond to text messages on WhatsApp at 8082480136 [No calls accepted]. To contribute an article or pitch a story idea, write to us at [email protected] |Click to know more about The Dispatch, our standards and policies
TagsJammu and Kashmir Explainers Kashmir Explained Kashmir Greater Autonomy Kashmir Special Status National Conference National Conference Autonomy The Dispatch Library Vajpayee Farooq Vajpayee-Kashmir 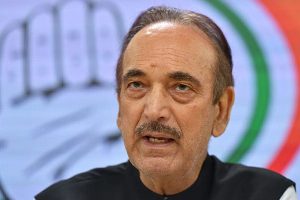 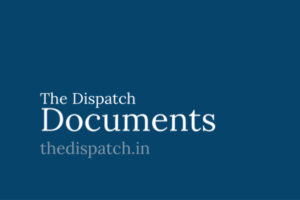