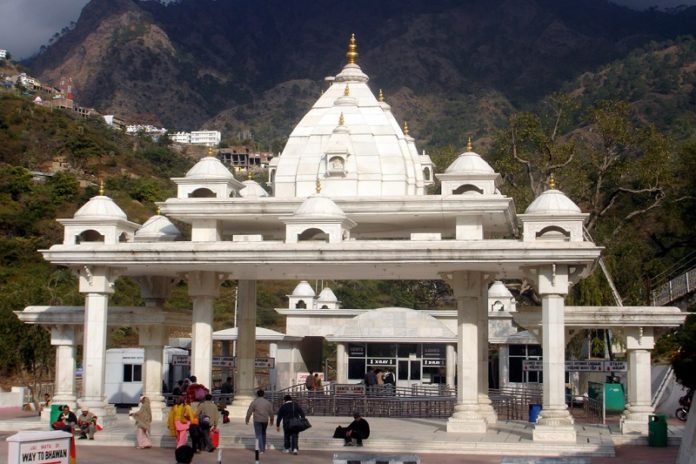 Jammu: Nearly three weeks after the Vaishno Devi shrine in Jammu and Kashmir’s Reasi district was reopened for pilgrimage, the shrine board has increased the quota for pilgrims from outside the Union Territory to 500 daily, officials said on Saturday.

The shrine atop the Trikuta hills was reopened on August 16 after a gap of nearly five months due to the outbreak of COVID-19 pandemic. A cap of 2,000 pilgrims daily, including 100 from outside Jammu and Kashmir, was imposed initially.

“The pilgrimage to the cave shrine is proceeding smoothly and picking up pace with each passing day. Keeping this in view, the quota of pilgrims from outside Jammu and Kashmir has been enhanced to 500 per day, out of a ceiling of 2,000 daily, till further orders,” said Ramesh Kumar, the Chief Executive Officer of Shri Mata Vaishno Devi Shrine Board.

He said the accommodations provided by the shrine board at Bhawan, Adhkuwari, Katra and Jammu have also been opened for the pilgrims, by following all prescribed standard operating procedures (SoPs) because of the pandemic.

All other supplementary facilities for the comfort of pilgrims, such as battery-operated vehicles, passenger ropeway and helicopter services, are also operating smoothly by strictly following the social distancing norms and other precautionary measures, Kumar said.

“Besides the food stalls in the shrine area en route to Bhawan, free community kitchen at Tarakote Marg and ‘prasad Kendra’ at Sanjichhat have also been operationalised by the board for the pilgrims,” he said.

He said online booking for ‘Shradha Suman Vishesh Pooja’ has also commenced. The pilgrims are allowed to undertake the pilgrimage after registration through online mode only. This has been done to avoid assembly of people at the registration counters, officials said.

According to them, it is also mandatory for the pilgrims to wear face masks and to undergo thermal scanning at the entry points. Children below the age of 10 years, pregnant women, persons with co-morbidities and those above 60 years have been advised to avoid undertaking the pilgrimage for their safety from contracting the coronavirus infection, the officials said.

They said COVID-19 test reports of pilgrims from outside Jammu and Kashmir and those from ‘Red Zone’ districts of the Union Territory are being checked at the helipad and the ‘yatra’ entry points of Darshani Deodi, Banganga and Katra.Only those with negative reports are allowed to move beyond the entry points, the officials said.