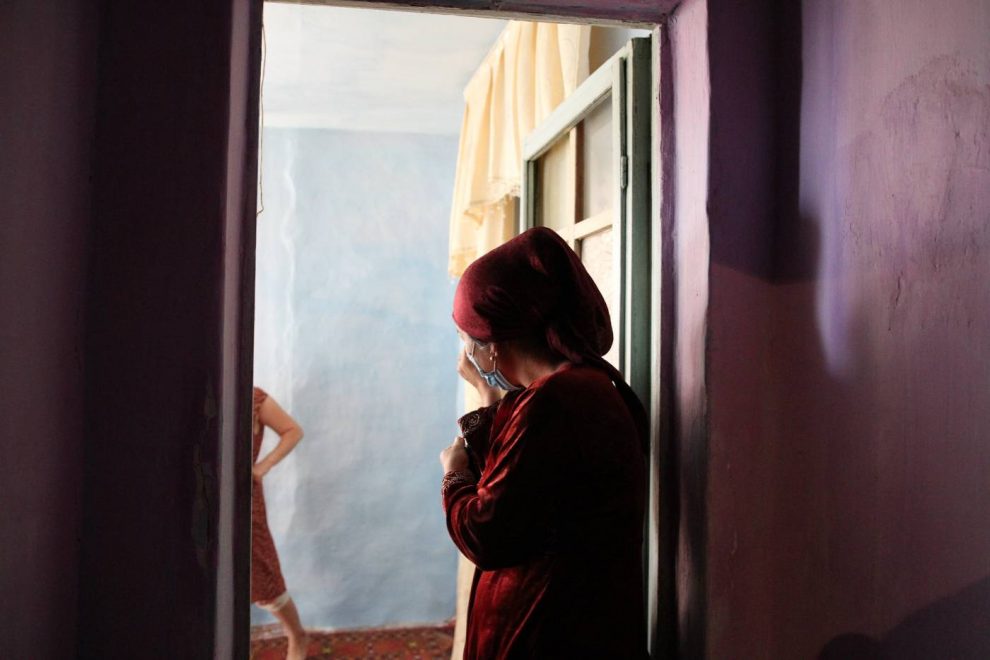 TASHKENT: A week after they exchanged vows, Nigora’s husband started beating her. Three years after leaving him, she still gets blamed for the break-up – even the Uzbek justice system thinks she should give the marriage another try.

A law passed last year criminalised domestic violence in Uzbekistan, but women’s campaigners say protecting victims could take time in a country where abused women are often urged to stick it out or find a solution within the family.

“Everyone has been judging me. My neighbours and relatives say I made a mistake by leaving. They say the first 10 years of marriage are usually like this and called me impatient,” said Nigora, 28, whose name has been changed to protect her identity.

She went against the advice of relatives and friends and left her husband after 18 months – her dreams of being a good “kelinka” – a young bride serving her new family – in tatters.

“When I lived with him, I was always scared, there was no peace in my heart,” Nigora told the Thomson Reuters Foundation, describing how her husband took away her mobile phone and stopped her from visiting members of her own family.

“He said that his father had acted like that when he was a child … Now it was his turn to hurt me,” she said, adding that she was also beaten by her mother- and sister-in-law.

President Shavkat Mirziyoyev promised to take women’s rights seriously after coming to power four years ago in the former Soviet republic, where domestic violence has long been treated as a private, family matter.

Besides introducing the 2019 domestic violence law, he has appointed several women to prominent posts and built shelters for women escaping abuse at home.

“Earlier we couldn’t officially talk about domestic violence, so we used to say we supported women in difficult life situations,” said Khurshida Ibragimova, director of Mehrzhon, a women rights group based in the Fergana Valley.

“Now we can tell the women there is a protection mechanism and they can come to us for help,” she added.

‘LIVING WITH THE OPPRESSOR’

In a sign of how taboo the subject remains in the mainly Muslim Central Asian nation, there is no reliable data available on domestic violence, although the Uzbek government and the United Nations have started data-gathering efforts recently.

According to the only available statistics, published by the Ministry of Internal Affairs, 185 women were assaulted by their current or former partners last year. Women’s rights groups said that reflected a fraction of the real number, however.

One of their biggest criticisms of the new system is that it does not do enough to help women who decide to leave abusive husbands.

“When a woman complains that she is a victim of domestic violence, the inspector for women organises a meeting with her and her husband to sign a paper. They invite them at the same time. It’s inhumane,” said rights campaigner Irina Matvienko.

“In many cases women who have received protection orders continue living with the oppressor. They are admitted to shelters only in extreme cases. There is a stereotype that it’s wrong to destroy families,” said Matvienko, founder of feminist social media campaign Ne molchi (meaning Don’t be Silent).

If an abuser breaches the protection order, he is fined or sent to prison for 15 days – both of which hit family finances, indirectly punishing victims who often stay under the same roof.

The number of spaces available in women’s shelters is also woefully inadequate, Matvienko said, with only five or six shelters operating fully out of the 197 that were promised by the government.

The government did not respond to a request for comment.

‘SHAME ON THE FAMILY’

Beyond the perceived shortcomings of government efforts to tackle domestic violence, women’s campaigners say progress requires changing deep patriarchal beliefs such as the notion that wives must obediently serve their husband and his family.

“In Uzbekistan, victims of domestic violence do not talk about their ordeal. They think it is normal and that speaking out will bring shame on the family,” Ibragimova said.

Because domestic violence is considered a family problem, she said women who speak out are often vilified.

In July, a group of young feminists belonging to a newly formed Exponat collective organised a flash mob in Tashkent, carrying banners including the messages “Kelinka doesn’t mean a slave” and “My body, my business”.

The online response was immediate.

“People started calling us sluts, saying we should go back to Russia, even though we are a mix of Russians, Tatars and Uzbeks… Many of them said we were against Islam or should be shot dead,” said Nastia Sever, 20, one of the organisers.

Russians – as well as Tatars – are minorities in Uzbekistan, and are widely seen as having less traditional attitudes by the Uzbek majority.

In a debate later on a state television chatshow, panel members called for measures to fight this “spiritual virus”.

But Sever said the incident has also spurred many women to get in touch: “We got a lot of support, too. Women started sending us their stories of harassment and sexual violence.”

Things have not been easy for Nigora since she left her husband and returned to live with her parents. Last month, she came face to face with him in court for a divorce hearing, which he requested because he wants to marry again.

Highlighting the prevalence of conservative attitudes, Nigora said the female judge refused to grant them a divorce.

“The judge said there is no reason to divorce,” she said. “She gave us three months to think it over – to save our family.”