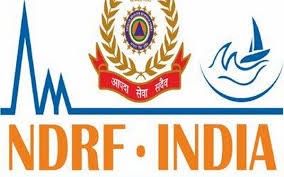 The National Disaster Response Force (NDRF) on Monday informed that rescue operations following glacier burst in the Chamoli district of Uttarakhand may continue for 48 hours.
“There is accessibility issue because it is a tough terrain. By road, only two teams could manage to reach Joshimath, the remaining teams were airlifted. It is difficult to predict how long, but rescue operation can possibly take 24-48 hours,” SN Pradhan, Director General of NDRF, told ANI.
“Rescue operation underway in 2.5 km long tunnel. The problem lies with debris which’s gradually being cleared. 27 people have been rescued, 11 are dead, 153 are missing, and out of 153, 40-50 are stuck in the tunnel and for the rest, there is a possibility of being washed away in Uttarakhand,” he added.The Indian Air Force (IAF) started the rescue operation on Monday morning and since then transportation of the required load from Dehradun to Joshimath, including 122 personnel, around 5T of load, and 6 rescue canines, has been completed.
“Starting from 6:45 am today, 6 Mi 17 sorties, 1 ALH sortie and 1 Chinook sortie have been carried out. Transportation of required load from Dehradun to Joshimath, including 122 personnel, around 5T of load and 6 rescue canines, has been completed,” said teh IAF.
Also, an Advanced Light Helicopter (ALH) was tasked with the reconnaissance of the affected area by six scientists of the Defence Research and Development Organisation (DRDO) along with their specialised equipment.”Many Indian Air Force movements took place including 2 Hercules, 2 An-32 and 4 helicopters since yesterday. The movement of NDRF teams and their equipment also took place. Since morning, 3 Mi-17, 1 Chinook and 1 ALH moved. 9 outgoing and 6 incoming movements till now,” said Dehradun Airport Director DK Gautam.
Meanwhile, Manoj Singh Rawat, Additional Director General (ADG) Western Command, Indo-Tibetan Border Police (ITBP) took stock of the rescue operations at the Tapovan tunnel and deployed sniffer dogs for rescue operations.Tapovan Hydro-Electric Power Dam, also known as Rishi Ganga Project was completely washed off following a glacier burst in the Chamoli district, stated the IAF’s initial report as Advanced Light Helicopter (ALH) deployed at Joshimath has undertaken recce of affected areas.