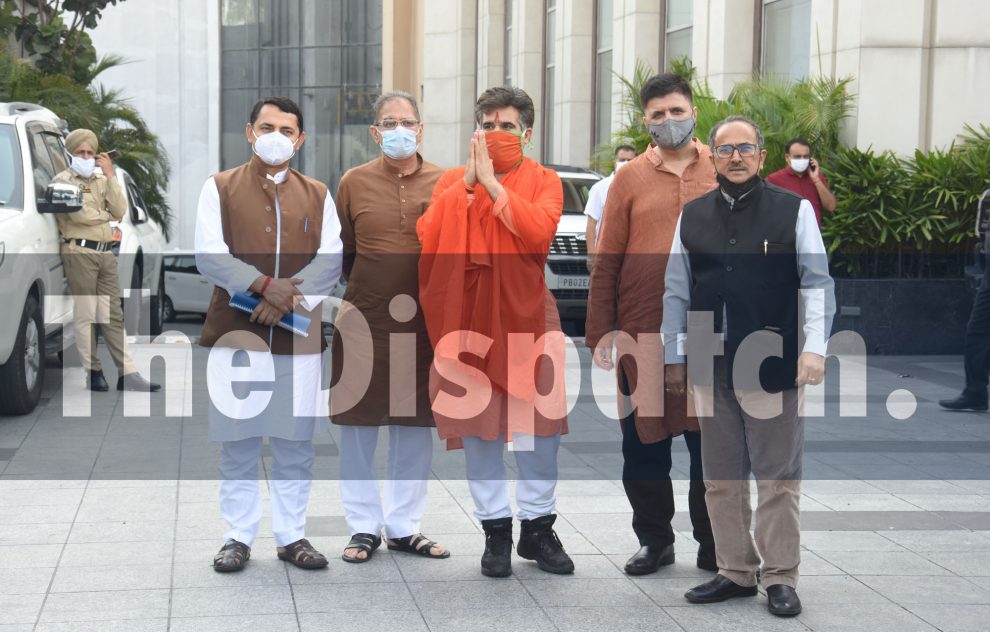 Jammu: A delegation of the BJP’s Jammu and Kashmir unit on Thursday met the Delimitation Commission here and demanded the unfreezing of the 24 assembly seats falling in Pakistan-occupied Kashmir to grant reservation to people displaced from PoK, Kashmir Pandits, SCs and STs.

The Delimitation Commission, led by Justice (retd) Ranjana Prakash Desai, arrived in Jammu and Kashmir on a four-day visit on Tuesday to interact with leaders of political parties and officials to gather “first-hand” inputs for the mega exercise of redrawing constituencies and carving out new ones in the union territory.

Once the delimitation exercise is completed, the number of assembly seats in Jammu and Kashmir will go up from 83 to 90.

Twenty-four seats of the assembly continue to remain vacant as they fall under PoK.

“We demanded political reservation for POJK refugees by unfreezing the eight assembly seats from the POJK quota, three seats for Kashmiri Pandits, Scheduled Castes and Scheduled Tribes and other neglected people. Jammu, too, must get adequate representation in the assembly,” Raina told PTI.