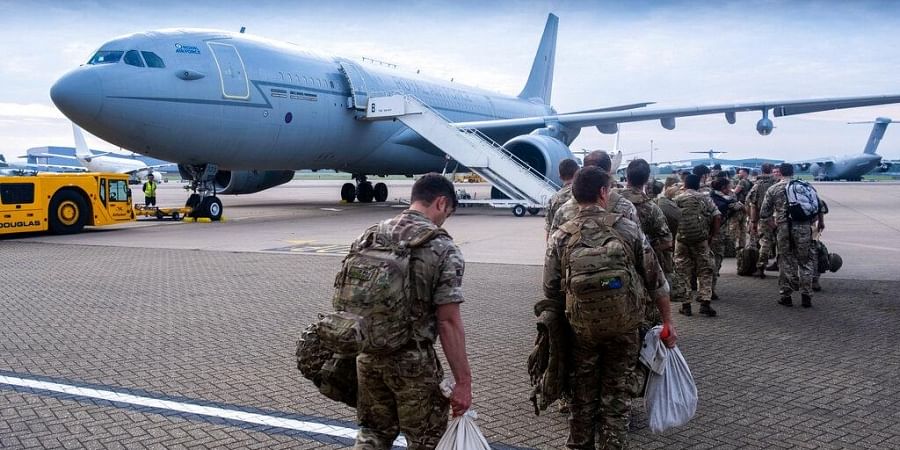 The State Department has announced that US military forces have secured the perimeter of Hamid Karzai International Airport, located in Kabul. It further said that the US embassy in Afghanistan’s capital has been completely evacuated.

Within hours of the Taliban taking control of the city, spokesman Ned Price in a statement: “All embassy personnel are located on the premises of Hamid Karzai International Airport, whose perimeter is secured by the US military.”

The United States had dispatched 6,000 soldiers to the airport to fly out embassy staff as well as Afghans involved in backing American efforts as interpreters or other support roles.

On Sunday, over 65 nations joined the United States in urging the Taliban to let Afghans leave the country.

“The United States joins the international community in affirming that Afghans and international citizens who wish to depart must be allowed to do so,” tweeted Secretary of State Antony Blinken as the State Department published a statement signed by its close allies.

The joint statement read: “Those in positions of power and authority across Afghanistan bear responsibility — and accountability — for the protection of human life.”

The statement asserted that the Afghan people deserve to live in safety, dignity, and security, and the international community stands ready to provide assistance.

“Given the deteriorating security situation, we support, are working to secure, and call on all parties to respect and facilitate, the safe and orderly departure of foreign nationals and Afghans who wish to leave the country,” it read.

Afghanistan is now under Taliban control after president Ashraf Ghani fled the country and recognised the insurgents as the victor of the 20-year-old war.

The inexplicable collapse of the government last night, as armed militants took over the presidential palace, sparked panic and fear in Kabul.

The situation at the airport on Monday was chaotic as a large crowd gathered to escape Kabul and the impending hardline Islamic rule of the Taliban.

“The Taliban have won with the judgement of their swords and guns, and are now responsible for the honour, property and self-preservation of their countrymen,” Ghani posted on Facebook after fleeing.

“Now it’s time to test and prove, now we have to show that we can serve our nation and ensure security and comfort of life,” he said.