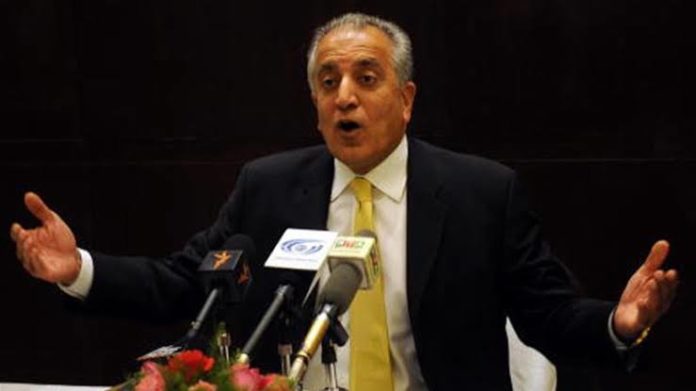 Discussion between the US officials and the Taliban once again began in the Qatari capital on Sunday, but in an unofficial capacity to end the decades-long turmoil in war-ravaged Afghanistan.
Two sources familiar with the matter told Tolo News that the two sides are discussing a reduction in violence and the resumption of official talks between American and Taliban negotiators. “The talks right now are underway secretly and I think that they are in favour of Afghanistan,” said Sayed Akbar Agha, a former Taliban commander now based in Kabul.
“Based on my information, official negotiations are not underway like they were in the past,” Agha added.
The Afghan Presidential Palace also said that Washington DC is consulting with the Afghan government during these unofficial talks.
“This time, we are in agreement in the sense that our goals and priorities for peace are completely clear, with issues like a reduction of violence which will result in a ceasefire, and, ultimately, the start of direct negotiations between the Afghan government and the Taliban,” said presidential spokesman Sediq Sediqqi.
The Afghan High Peace Council stressed the need for the reduction of violence in order to move the peace process forward.
“This time a ceasefire should be discussed. The intensity in the conflict will affect the peace process,” said Haji Din Mohammad, deputy head of the council.
This comes almost a week after the Afghan government released three senior members of the Haqqani network in exchange for two Western professors, which was an attempt of both sides to lay the groundwork for resumed peace talks.
On Saturday, US President Donald Trump had said in an interview with Fox News that the US is “working on an agreement now with the Taliban.”
“Let’s see what happens,” he added