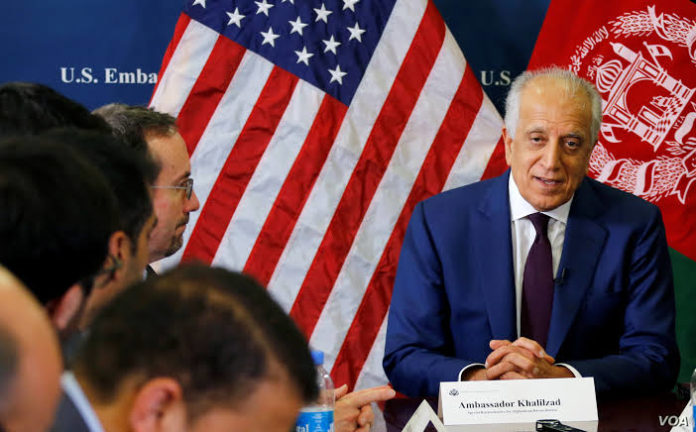 US special envoy Zalmay Khalilzad on Wednesday arrived in Kabul to meet Afghan leaders to discuss the Taliban peace talks that were put to rest after a suicide attack was carried out last week by Taliban near a US airbase.
Mujiburahman Rahimi, Chief Executive Officer of Afghanistan informed about Khalilzad’s visit in the war-torn country to resume the stalled negotiations of the Afghan peace talks, reported Tolo news. Earlier, United States negotiators took a brief pause from the talks with the Taliban in the wake of a suicide attack carried out by the group near US airbase in Afghanistan that claimed two lives.
Last week, Khalilzad was in Islamabad to discuss the latest development of the Afghan peace talks with Pakistan.
The earlier negotiation between the two sides was called off by US President Donald Trump over repeated attacks by the group, even an agreement had been reached upon “in principle” the two sides.