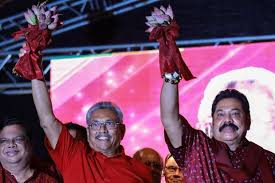 The United States and India will hold their first-ever tri-service military exercise codenamed “Tiger Triumph” at Visakhapatnam and Kakinada later this month, the US State Department said on Monday.
“This exercise will focus on humanitarian assistance and disaster relief. All three Indian military services will be alongside the U.S. Army, Navy, Air Force and Marine Corps. This is the latest example of how the United States is expanding security cooperation in the Indo-Pacific,” State Department said in a press release. Since the Trump administration began in 2017, the US has invested more than USD 1.1 billion in security cooperation with Indo-Pacific partners.
“The American people and the whole world have a stake in the Indo-Pacific’s peace and prosperity,” Secretary of State Michael R. Pompeo had said in 2018. “It’s why the Indo-Pacific must be free and open.”
“In addition to the Tiger Triumph exercise, the United States has carried out the first US-ASEAN joint military exercises in Southeast Asia to practice naval operations and participated in the first joint sail with Japan, India and the Philippines to ensure access to international waters in the South China Sea,” read the release.
In September, the United States, India and Japan participated in the trilateral Malabar exercise to expand interoperability and maritime security.
Adding that training and the joint exercises are part of the U.S. Indo-Pacific strategy, the State Department said: “These exercises are in addition to the annual 10-nation Southeast Asia Cooperation and Training exercise to counter piracy and smuggling.”