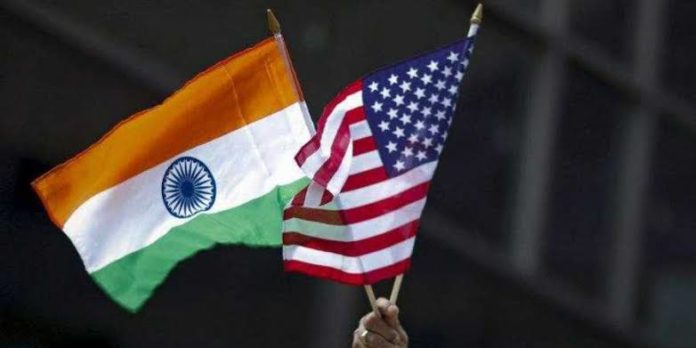 The Department of State on Thursday said that the 2+2 Ministerial Dialogue scheduled to be held next week between the United States and India will serve as an important platform for discussing critical diplomatic and security issues and expand cooperation in science and counter-terrorism measures between the two countries.
“The U.S.-#India 2+2 Ministerial Dialogue symbolises our growing strategic partnership and serves as a forum for discussion on critical diplomatic and security issues. This year’s dialogue is an opportunity to build on last year’s success and forge an even stronger partnership,” State Department spokesperson Morgan Ortagus said. The second India-U.S. 2+2 Ministerial Dialogue will be held in Washington on December 18.
The spokesperson said the US and India “have so much in common,” adding that both the democracies with increasingly robust people-to-people ties are important partners not only on the sea or the air but also in space.
“At last year’s, 2+2 dialogue, the United States and India had announced several significant agreements, including a defence information-sharing agreement and the recently concluded Tiger Triumph, tri-service military exercise,” she said.
“This year’s 2+2 dialogue is an opportunity to build on last year’s success and to expand cooperation in areas such as security, science and technology and counter-terrorism,” Ortagus added.
This event will be attended by Secretary of State Mike Pompeo and Secretary of Defence Mark Esper along with External Affairs Minister S. Jaishankar and Defence Minister Rajnath Singh attending from the Indian side.
The inaugural India-U.S. 2+2 Ministerial Dialogue was held in New Delhi in September 2018.
“The second India-U.S. 2+2 Ministerial Dialogue will be held in Washington, D.C. on 18 December 2019. Defence Minister Rajnath Singh and External Affairs Minister (EAM) S Jaishankar will lead the Indian delegation,” Ministry of External Affairs Spokesperson Raveesh Kumar said during a weekly briefing.
Both sides will “exchange views” on salient regional and global issues, Kumar added.
The 2+2 Dialogue between India and the US was launched as a reflection of the shared commitment by Prime Minister Modi and US President Donald Trump to provide a positive, forward-looking vision for the India-US strategic partnership and to promote synergy in their diplomatic and security efforts, the US Embassy had said in its statement.