Home World Affairs US doesn’t have a deadline on nuclear negotiations with North Korea: Stephen... 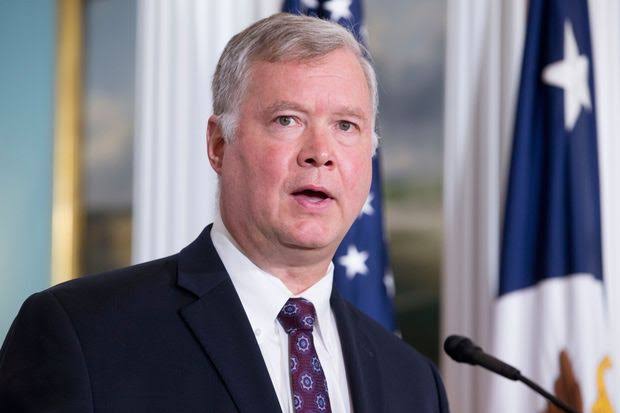 US Special Representative for North Korea Stephen Biegun on Monday said that Washington DC has no deadline on nuclear negotiations with Pyongyang.
Bigeun, who arrived here on Sunday amid heightened tensions due to recent tests conducted by North Korea, also stressed that “Washington will not give up, as Pyongyang has been threatening to take a “new way” if Washington does not make concessions before the North’s self-imposed year-end deadline”, reported Yonhap. “It’s been a long year and we have not made nearly as much progress as we would have hoped. But we will not give up,” Yonhap quoted him as saying while speaking to reporters after a meeting with his South Korean counterpart Lee Do-hoon.
“Let me be absolutely clear. The U.S. does not have a deadline. We have a goal to fulfil the commitments the two leaders made during their historic summit meeting in Singapore,” said Beigun, referring to the first summit between US President Donald Trump and North Korean leader Kim Jong-Un.
Warning North Korea against making any provocative move, Beigun said, “We are fully aware of the strong potential for North Korea to conduct major provocations in the days ahead. To say the least, such an action will be most unhelpful in achieving the lasting peace on the Korean Peninsula.”
His visit comes after North Korea on December 14 said it has conducted “another crucial test” at the Sohae Satellite Launching Ground.
This came merely a week after it conducted a “very important” test at its key satellite launching station.