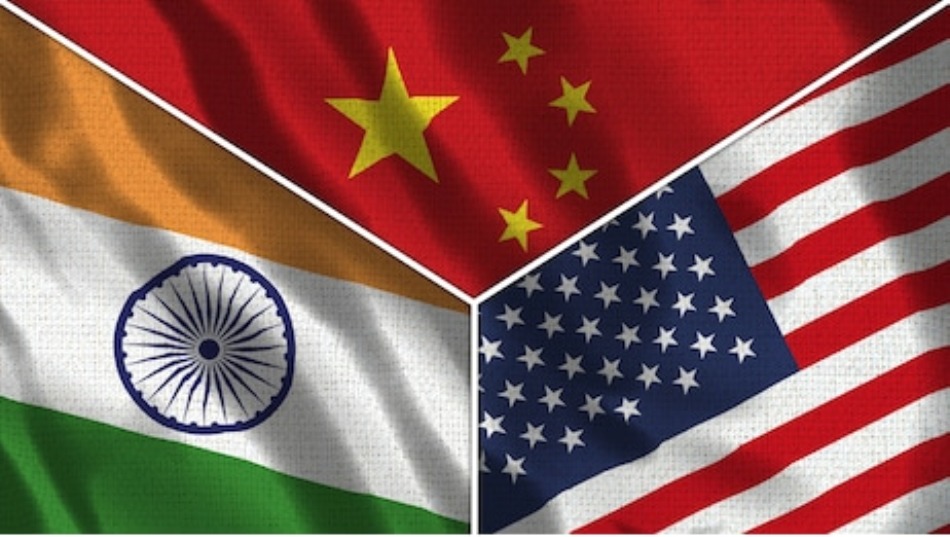 The Politics in Nepal is torn between USA and China at the moment. There have been vigorous and violent protests on the streets; against the former for drawing Kathmandu into the rivalry between Washington and Beijing, and against China for interfering in the internal affairs of the Himalayan state. There is war of diplomatic words between Chinaand the US, but New Delhi is remarkably quiet!

Examining the current bone of contention, it is a$500-million grant by USA to Nepal that is under discussion in the Nepalese Parliament for ratification. The grant results from a pact called Millennium Challenge Corporation (MCC) signed between the two countries in 2017. The grant is meant for infrastructure development; putting the transmission lines of 300 kms, and construction of roads in the Himalayan region.

Curiously, the grant is interpreted variously and viciously by the stake holders; Nepal –the two Communist Parties, Nepali Congress, the Madhesis, USA and China. India, the other major stakeholder in Nepal has not reacted so far. Indian media has reported the protests and police tear-gassing, rubber-bulleting and baton-berating the protesters.

The two Communist Parties say that the grant by USA will undermine Nepalese sovereignty. They argue that the grant emerges out of Washington’s Indo-Pacific strategy which has military components. It will bring American soldiers to Nepal. They fear the perception in some quarters in the International Community that “American dollar is followed by American soldiers”. The Communist Parties contend that MCC is a geo-political tool in the guise of infrastructure development. The grant is a means of tying Nepal to the USA’s anti-China campaign.

Supporting the grant, the Nepali Congress, the major partner in the coalition government, says that the grant will not be repaid and there are no strings attached. The government Minister Gyanendra Bahadur Karki presented the grant proposal on Sunday, saying the grant “will be an important tool for the socio-economic development of the country.” Karki added that the projects would benefit 24 million of Nepal’s 30 million population.

Endorsing the government’s position, the Madhesis, owing their historical affinity to India, are up in arms against China; its interference in internal affairs of Nepal and encroachment of their country’s territory at Northern border. They display posters, banners and placards saying “Go back China”. The protesters complain against China imposing unofficial blockade on Nepali traders and ill-treating Nepali medical students studying in China. They argue that, since Xi Jinping’s visit to Nepal in October 2019, to a red carpet laid by then Prime Minister K.P.S. Oli belonging to the pro-China Communist Party, China has been too assertive in Nepal for their (Nepalese) political comfort.

The US government says that MCC was created by US Congress in 2004 to support economic growth and to reduce poverty in low-income countries. Saddened by the protest against USA and opposition to the grant, the US Assistant Secretary for State for South and Central Asian Affairs Donald Lu said if the grant was not ratified by Nepalese Parliament, Washington would review its ties with Nepal.

On China’s reactions, Beijing has been hyper-critical of US grant. Chinese Foreign Ministry spokesman Wang Wenbin, without directly opposing the grant, said that such development cooperation should “come with no strings attached”.  “We oppose coercive diplomacy and actions that pursue selfish agendas at the expense of Nepal’s sovereignty and interests”, he added.

Wang Wenbin referring to MCC said, “As a friendly neighbour and development partner of Nepal, China will, as always, support the Nepalese people in choosing their own development path, support the Nepali side in making the right choice that conforms to national interests and reflect the will of the people, and continue to provide support to the best of its ability for Nepal’s economic and social development.”

Beijing’s position is understandable as Nepal is a part of China’s highly ambitious and heavily expensive Belt and Road initiative. Beijing is seeking, for a long time, to bring Nepal into its sphere of influence.Recall the “five fingers of Tibet”, a Chinese foreign policy strategy attributed to Mao Zedong which considers Tibet to be China’s right-hand palm. The five fingers are Ladakh, Nepal, Sikkim, Bhutan and Arunachal Pradesh. What a gravely worrying policy for India as Chinese perhaps think it is their responsibility to liberate these regions. Although this strategy has not been part of Chinese official records, their actions indicate their hidden intentions.

Meanwhile, following the violent protests against the MCC in the country of late, US Ambassador to Nepal, Randy Berry, said that any activity that incites violence is not acceptable to the US. In a Facebook post on 18 February the US Embassy said, “We are a strong supporter of free speech and public discourse based on facts, including on MCC. The right to express one’s views is intrinsic to democracy, and people must be allowed to peacefully share their views. Violence and incitement to violence are never acceptable.”

The US Embassy in Nepal described the grant as “a gift from the American people and a partnership between our nations that will bring jobs and infrastructure to Nepal and improve the lives of Nepalis.This project was requested by the Nepali government and the Nepali people and designed to transparently reduce poverty and grow the economy.”

The US believes that China has actively fomented or encouraged or funded or facilitated a disinformation campaign in Nepal.There is no threat to Nepali’s sovereignty, integrity and constitutional autonomy. The US would be deeply disappointed if outside influence and corruption would lead to failure to ratify the grant.

The moot question is, why is New Delhi quiet amid all the allegations and counter-allegations hurled around Kathmandu. New Delhi has had predictable position on China and Russia. To most actions by Beijing, New Delhi’s reactions is subdued, or being quiet. On Moscow, it is neutral, or diplomatically evasive, or tacitly supportive.

India and Nepal have had historic political and cultural ties.Nepal has leaned on India on many occasions despite Beijing inciting Kathmandu against India. Should New Delhi say absolutely nothing when its new ally USA is trying to curb Chinese influence on Nepal? New Delhi may not take Beijing directly on but when USA and other countries are challenging China’s belligerence, should it not take a stand,especially in her immediate neighbourhood. Beijing has been wooing India’s partners in South Asia.

New Delhi must be wary of China’s devious designs and use every opportunity to counter these. The political leadership in India including the government is engaged in electioneering in the States, mainly in Uttar Pradesh, the biggest political State. But the timing and opportunity in India’s foreign policy in Nepal should not be lost on South Block. Should it?