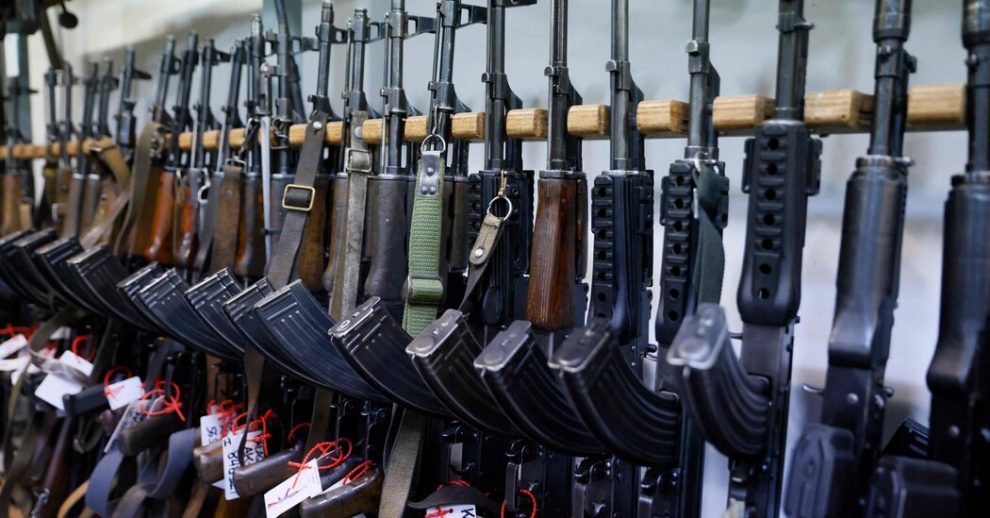 The Ukraine war has exposed India to several problems and increased the sale of billions of dollar arms through an atmosphere of jingoism across the world and particularly in the subcontinent. It is critical for India to have its support base wider and watchful over western sanctions against Russia and protect its economy plunging into a slowdown of 5.4 per cent growth.

India has been cautious in abstaining in the UN Security Council and now Prime Minister Narendra Modi’s call at the Quadrilateral Security dialogue or Quad virtual summit for a dialogue to resolve the issue is appropriate to end aggression through intense dialogues and heightened diplomacy particularly as the ‘mighty’ West is seen crumbling and remains a curious spectator. It also reflects that India despite NAM not being there adheres to its principles for peace in Indian Ocean and Pacific.

The present situation is apparently the creation of an arms’ lobby, which seeks to increase arms, counter-arm-cyber gadget sales post-pandemic. In the process the Indian subcontinent is emerging as the US, Russia and China weapon deal hub.

India is hit by the Ukraine crisis not only for the rising fuel prices but also import of sunflower and other edible oils, tea exports and possible restrictions on shipping that could impact exports and its production. But the rising arms’ race despite a thaw in nuclear contest poses a multi-pronged threat in the region.

The prolonged unsuccessful Afghanistan and West Asian war has drained the US economy, posing problem for the world’s largest weapon industry. The economic problems and its suffering citizens pressurise US President Joe Biden to remain subdued against the blatant Russian invasion of Ukraine. A generation of the US people saw miseries rising; arms’ lobby profits soaring, economy draining and consequently creating an unstable world costing it $8 trillion in wars in Afghanistan, Iraq, Syria and Pakistan, according to Brown University. It also caused nine lakh deaths and 21 million displaced, swarming the European countries.

Since 2001, the US army lost 2,442 troops, had 20,666 wounded in Afghanistan alone, according to the Defense Department. It is estimated that over 3,800 U.S. private security contractors have been killed. The nuclear or chemical arsenals propaganda against Saddam Hussein and now Iran has continued with the uncertainties that affect the Indian subcontinent, euphemistically given the name of South Asia by the Pentagon, the most.

The arms’ lobby is keen that the situation in the subcontinent remains fluid so that it could increase its sales. It keeps Pakistan in a state of flux because of the US policy of not allowing it to have friendly relations with India and carefully working out the collapse of SAARC – South Asia Association of Regional Cooperation. The perpetual situation of fear helps the US and its allies sell arms, fighter aircraft and other military arsenal to both India and Pakistan through morphed assessments of security situations and pressurised military build-up.

Interestingly enough, the 20 largest US arms’ producers and military services companies, including Lockheed and Boeing, report $5.436 billion profits for several trillion dollar arms’ sales since 2001. As sales to other countries dip, these increase in the Indian subcontinent. The region is becoming an arms’ bazaar.

Pakistan finance ministry says since the 2001 US onslaught on terror, it spent $5.4 billion on arms purchase from the US. The Jang and Geo TV Group study shows that the US doled out $33 billion since 2001 for curbing terrorism, ‘health and education’. Since 1947, Pakistan received $70 billion from the US. Pakistan has Rs 11.8 trillion debts. The US funding apparently takes care of its revenue.

The US arms’ sales to India increase to $3.4 billion in 2020 from $6.2 million at a time when sale of US weapons dip to $50.8 billion from $55.7 billion. The major countries that cut arms purchases include Saudi Arabia, Belgium, Iraq, South Korea and Afghanistan. But the US sales to strategic regions such as Taiwan and Poland rise. Poland gets arms worth $4.5 billion up from $12.4 million and Taiwan $11.8 billion up from $8.76 million, to keep China and Russia at bay according to Defense Security Cooperation Agency (DSCA). The UAE, surprisingly, has increased its arms purchases to $3.6 billion from $1.1 billion.

Even Russia since 2014, has been increasing its ties with Pakistan and in 2021 pledges Mi-35 assault helicopters and anti-tank systems. It has also granted $1 billion arms’ loans to Bangladesh and agrees to supply arms to Sri Lanka as well.

Interestingly, Indian reliance on Russia is declining despite its large imports. The Stockholm International Peace Research Institute (SIPRI) states that 49.4 per cent of Indian arms’ imports between 2016 and 2020 were from Russia, 0.5 per cent from Ukraine. Between 1996 and 2016, Russia supplied 70 per cent of the arms.

Bangladesh has been buying more arms from the US with purchases touching $110 million since 2009, including plans to Apaches and missiles. It also buys military equipment, including naval armaments, worth $ 2.59 billion from China. The Chinese bid to increase influence in Nepal is a serious concern for India. Sri Lanka is also emerging as a hub, with the US wooing it for a military cooperation deal and privileges for visiting US troops. China in April 2021 vowed to enhance “pragmatic cooperation” in the military and other sectors.

Even as Ukraine war intensifies, the concern of the Indian subcontinent seeing the arms’ race should raise eyebrows. Though no major conflict has been seen in the region since the Kargil conflict in 1998, and India has a 2003 ceasefire treaty with Pakistan, the larger arms acquisition in the region will hopefully not change the equilibrium.

During the past five years, arms’ sellers are wooing all countries in the region to buy more sophisticated weaponries and security gadgets. India being sucked into the race itself can divert its resources. The new diplomatic move by Modi can put a check on it with a new ‘Panchsheel’ to create an amicable atmosphere in the region with an overall protective umbrella for ensuring growth and rise in the quality of life in the region and the Pacific.